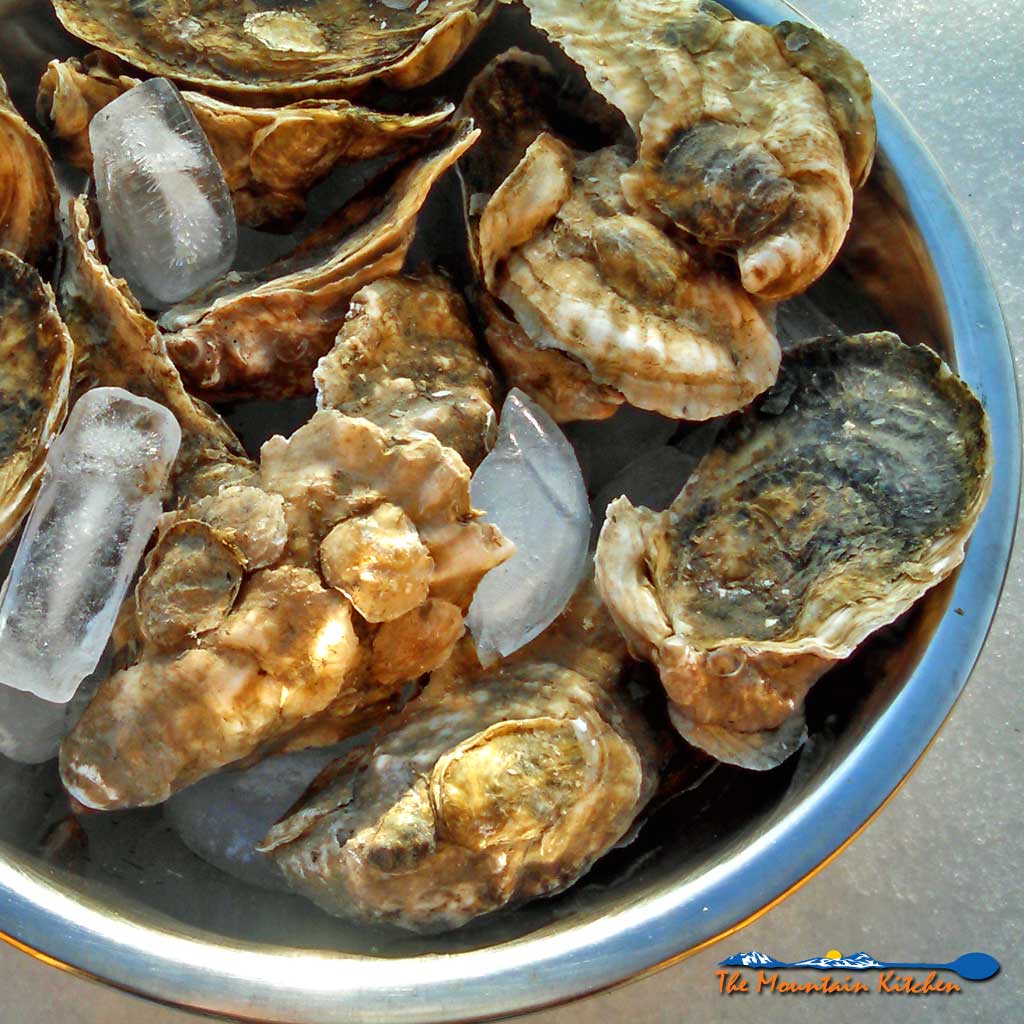 David and I have been wanting some oysters all season. The other day we decided to pay a visit to our local seafood shop. We cleaned the snow off the car that had accumulated the day before Thanksgiving and headed to see if we could find an oyster or two. 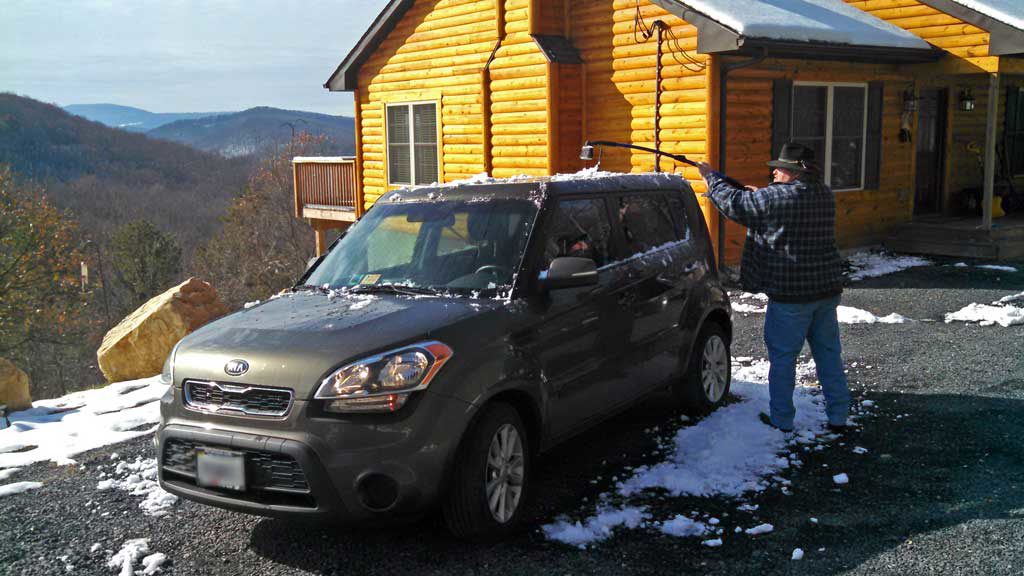 Guess what we saw in the display case just as soon as we walked into the seafood shop? Yep, oysters. The lady behind the counter said these oysters were Chincoteague Oysters from Virginia’s Eastern Shore. They were a little expensive, but we wanted them bad enough to make the splurge. We got two dozen and she was nice enough to give us a couple extra just in case any were bad.

I decided to do some research about the Chincoteague Oysters. Here is what I found out: 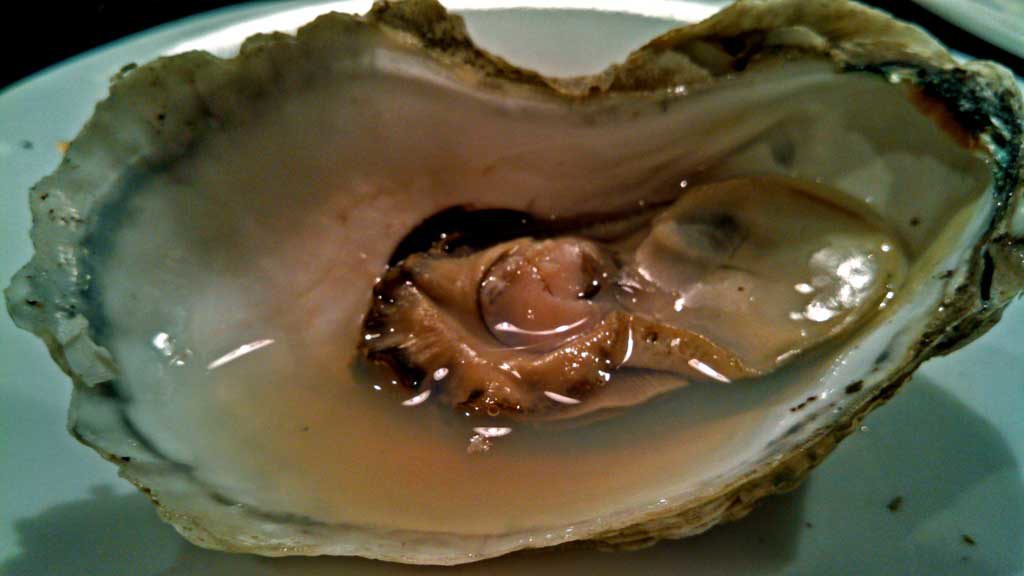 Raised on the Atlantic side of Virginia’s eastern shore, Chincoteague Oysters are a full flavored oyster that pack an extremely salty punch. This distinctive briny flavor is washed away to reveal a sweet buttery finish with the ocean oyster flavor. These oysters are the original “salt” oysters that Virginia is known for. Chincoteague oysters predate the earliest settlements along the Chesapeake. The knowledge of harvesting and cooking oysters passed on from native tribes probably helped America’s first settlers through their first hard winters. Traditionally the oysters of this region were harvested from the ocean floor by day boats using hand tongs. That was later replaced by more recent aquaculture method of seeding the oysters in cages for protection from damage. Chincoteague Bay was the first area in Maryland to embrace aquaculture on a widespread basis in place of wild harvesting, beginning shortly after the Civil War. The clear, salty Atlantic water pours through Chincoteague Inlet and provides local oysters an excellent environment for growth and giving them a distinctive, sweet and salty flavor. Other oysters are brought in and left to take on the salinity of the bay for a few weeks and sold as Chincoteague oysters. These “mock” Chincoteague oysters have the familiar high briny flavor but not much more taste beyond that.

We took the oysters home and we would have them as an appetizer for our Saturday night steak. Yep, we would be eating high on the hog that night… 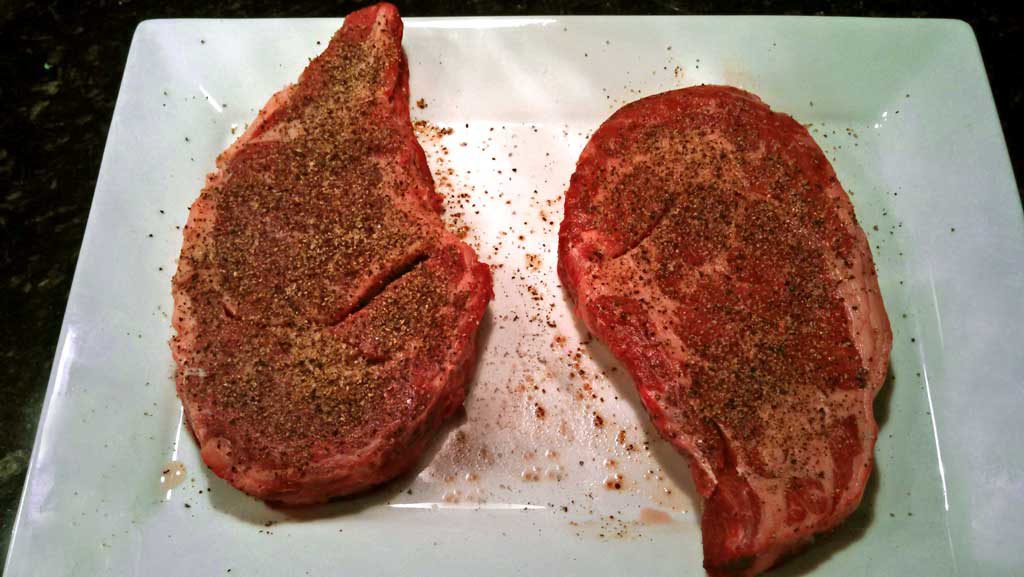 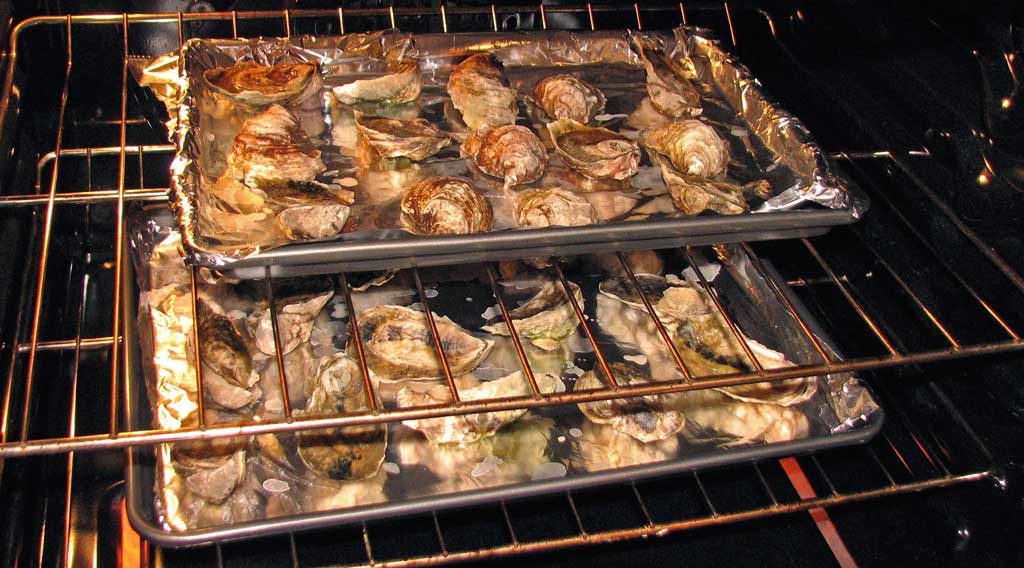 Oysters need to be kept extremely cold, so what better way to keep them cold, but then to put them outside in the cold on our snow-covered deck?!?! They would sit there very happy until later that evening when we were ready for them. David and I like oysters best steamed open. Normally, we would just throw these bad boys up on the grill and let them pop open that way, but since David was going to cook steaks, he didn’t want the high heat of the charcoal to die down too much, since that is what seals in the juices of the steaks. 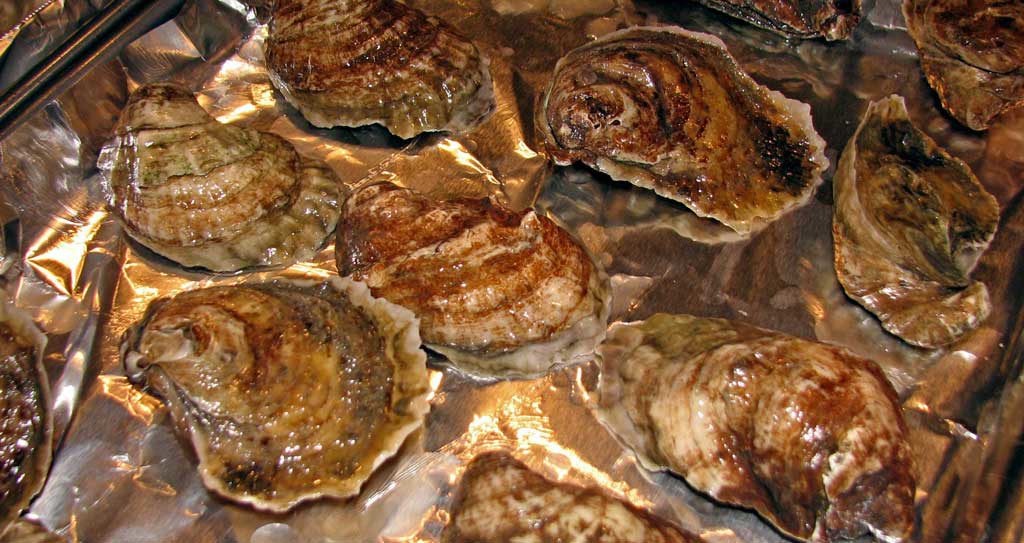 We decided to place them on some foil lined baking sheets and bake them open in the oven.Most people probably use cocktail sauce or tartar sauce, maybe even a little lemon juice to go along with their oysters. That is a perfectly fine way to eat oysters, but David and I LOVE, LOVE, LOVE Smoked Chipotle Tabasco Sauce. 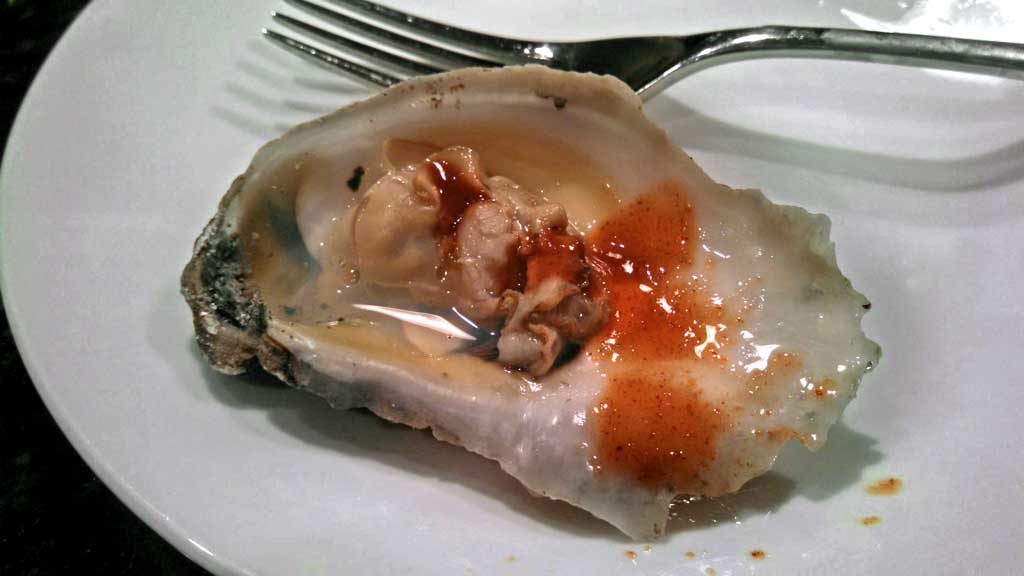 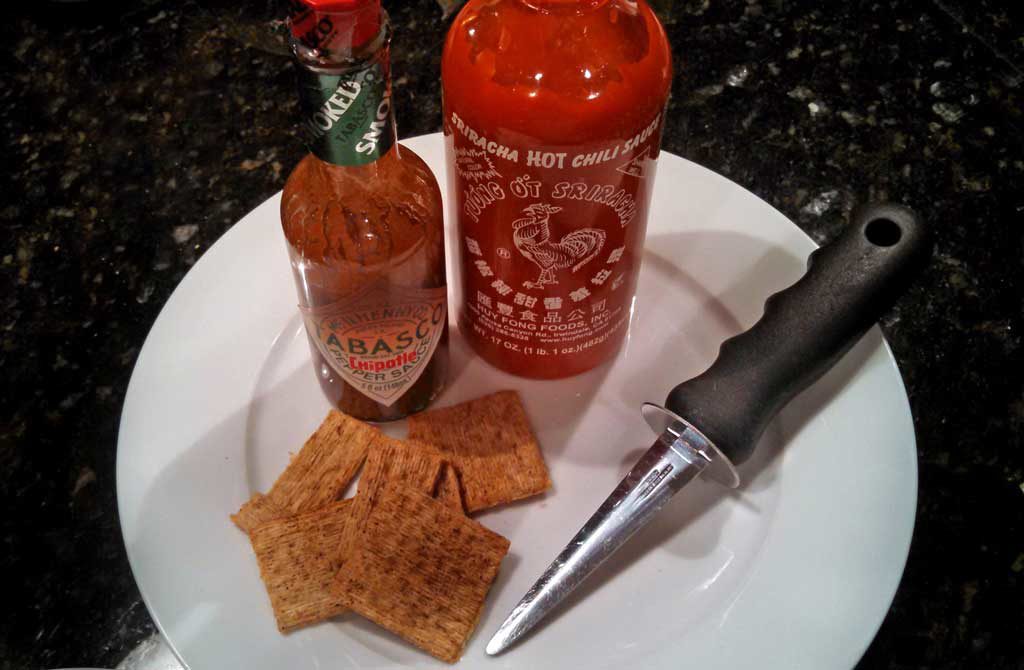 Now, were not promised anything to plug this sauce, but I am here to tell you, this sauce is so good with the saltiness of the oysters it’ll almost make you want to slap your mama!! Yeah, that good… If you love steamed oysters, then definitely give this a try the next time you have some. YUM, YUM, YUM! Yes, we also tried some Sriracha, but it just didn’t taste as good as the chipotle sauce. 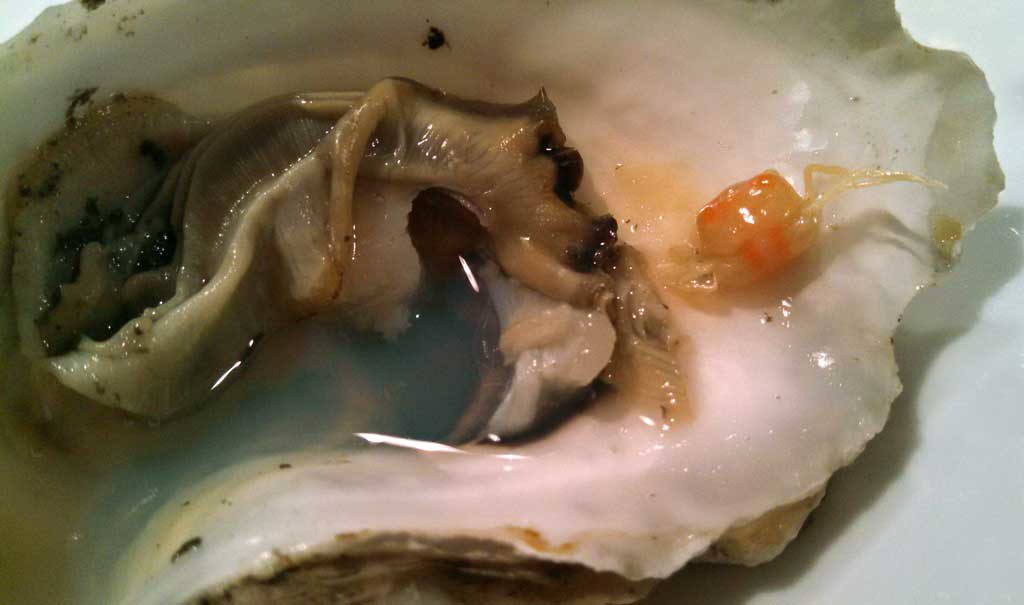 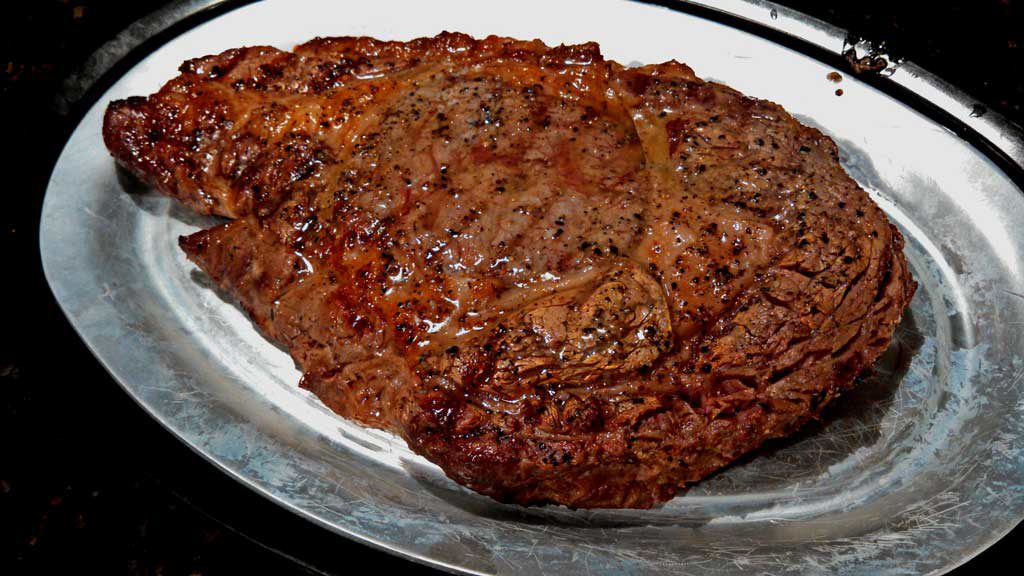 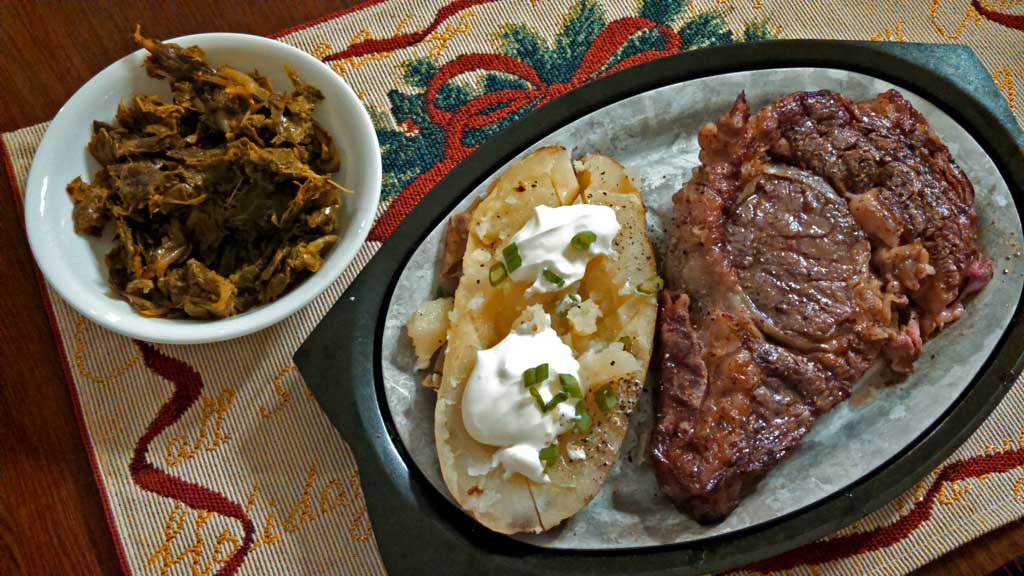 Thank goodness we had only planned for the oysters to be an appetizer. Even though all 26 oysters opened, these were disappointingly small. Oh shucks!!