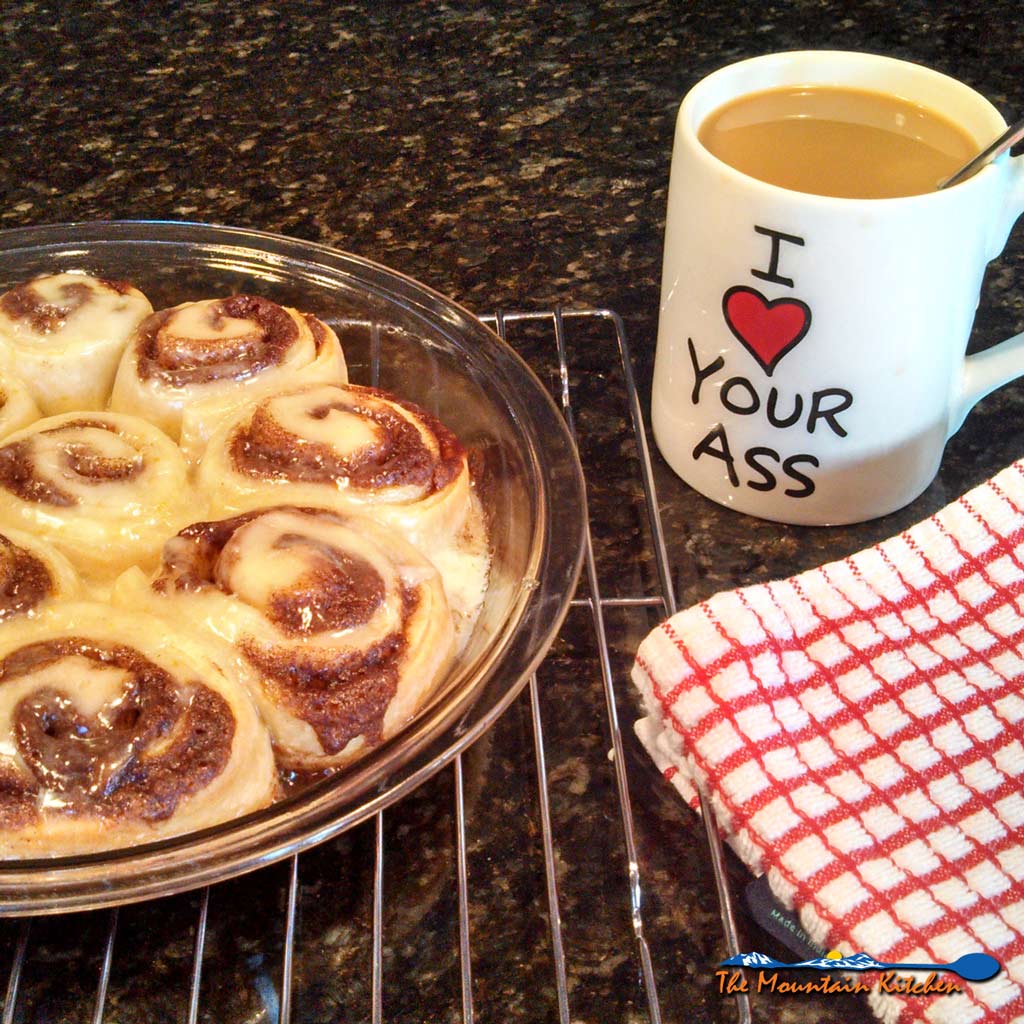 I have always been intimidated by active yeast and any recipes that call for it. I guess it intimidates me because I have only heard horror stories about how it doesn’t take much to kill it before it goes to work. I have made pizza crust and focaccia bread without any problems whatsoever.

I have a friend that made some wonderful looking orange cinnamon rolls this past Christmas. She was kind enough to share the recipe with me and Saturday night I decided I was going to make those rolls.

I started gathering all the ingredients for the rolls before I realized, we still didn’t have any eggs (gasp!). I quickly Googled to see if I could substitute anything for the egg. According to what I found ¼ vegetable oil = one egg. I didn’t want to put these rolls off any longer, so I decided to go with the oil instead of the egg.

I couldn’t worry about the fact I didn’t have an egg,  I had a ribeye steak, Cesar salad and some shrimp to eat first!

After I ate, I began to make the rolls. Not having an egg was probably where my bad luck began.

I did everything the recipe called for and even waited a minute or two after microwaving the milk and butter together before adding the yeast to the recipe mixture.

I kneaded the dough and properly floured it, coated it will oil and covered it up and left it in a warm place to rise.

After 30 minutes, I looked in the bowl and the dough ball was the same size as when I had left it. I shrugged it off because it had another hour and a half to rise. After an hour, I took another peek. It was then I knew this dough was dead.

I really don’t think it was the football game that distracted me, but somehow I think I managed to kill the yeast…

I decided to proceed with the rolls anyway.

I rolled out the dough added the cinnamon mixture and cut out the rolls.

I placed them in the refrigerator and went to bed.

The next morning, I took out the rolls. They were still the same size (go figure). I let them come up to room temperature and baked them.

Surprisingly, they did expand a little bit during baking, but they were no way as big as they were supposed to be. Instead of 6 rolls, I had 9 mini dead orange cinnamon rolls.

David and I ate a couple of them. They weren’t terrible. They were edible but doomed from the beginning. I really didn’t feel guilty about dumping the leftover rolls in the trash when we were done.

I will try again, next time I will take my thermometer out of the drawer… Lesson Learned.

Oh My Ganache!
More Crock From My Crock-Pot