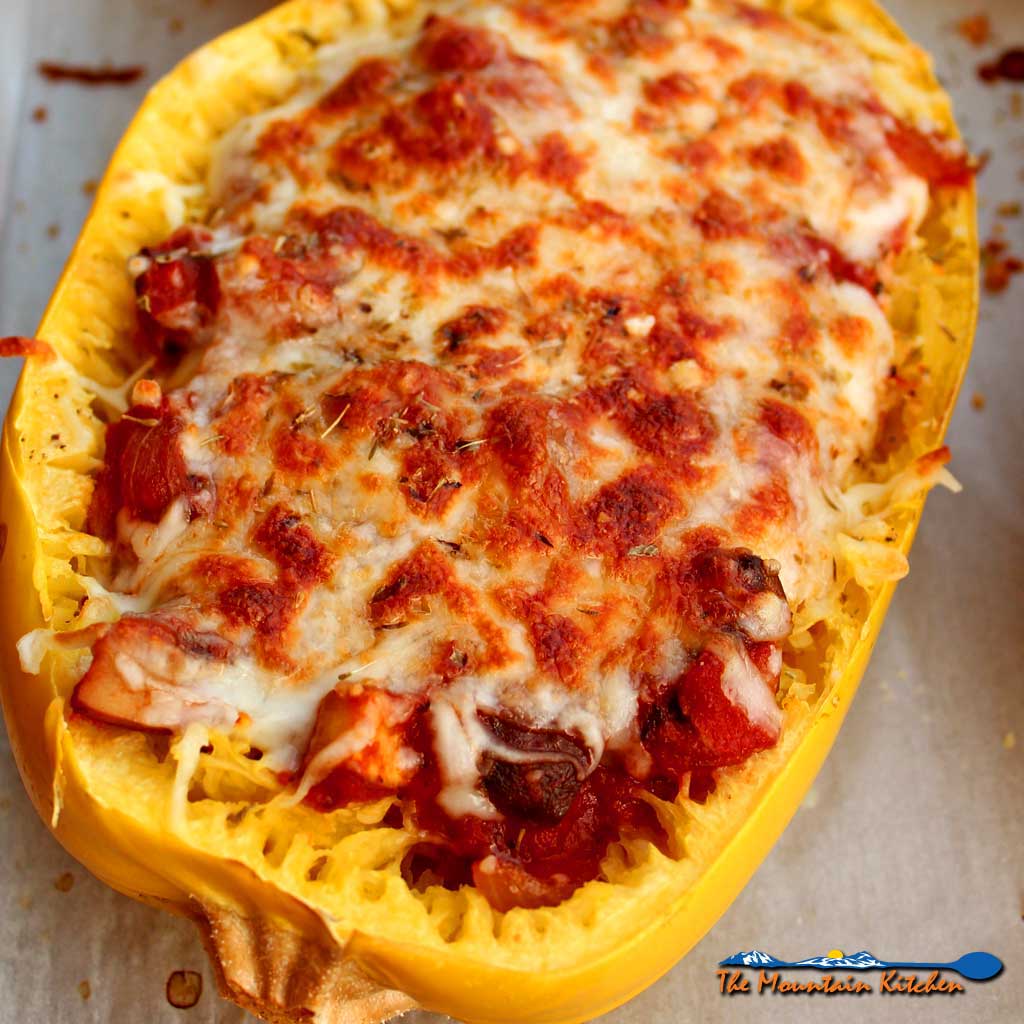 Full of flavor these lasagna-stuffed spaghetti squash are a healthy, low carb, vegetarian and gluten-free way to enjoy Italian food without all of the calories. This is a tasty recipe that doesn’t take a lot of effort, so it is easy enough to make for Meatless Monday or any day of the week.

To prepare the spaghetti squash, use a large sharp knife to cut the squash in half lengthwise.

Easily remove the seeds and pulp, by scraping them out with a big spoon.

Except for popping popcorn and warming things up, I NEVER cook anything inside the microwave. Little did I know that cooking the squash in the microwave is a major time saver. This meant I could make the homemade marinara sauce could be made while the squash was cooking. I really lucked out, not reading a recipe is not always a good thing!

How To Cook Spaghetti Squash In A Microwave:

A word of caution when handling the hot squash:

While the squash was cooking I made a homemade mushroom marinara sauce. Feel free to buy a jar of prepared marinara from the store if you have one you really like. I like making my own so that I can control the ingredients and what goes into it myself.

When the marinara and the last two squash halves were done, turn the oven broiler on high. Place the squash halves onto a parchment lined baking sheet. Season the squash with a generous amount of salt and pepper.

Using a fork, fluff the strands leaving them inside the squash. Top the squash with equal portions of parmesan and ricotta cheese.

At the end of the thirty minutes, and without much effort at all, the whole house smelled like an Italian restaurant. The hardest part is waiting for the lasagna-stuffed spaghetti squash to cool a little before eating them! 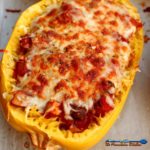 Feel free to buy a jar of prepared marinara from the store if you have one you really like.  If you can fit all four halves in the microwave at one time, go for it! They may or may not depending on their size. A word of caution when handling the hot squash: I found that the squash is not that easy to grab and take out of the microwave, especially over the stove like the microwave in our kitchen. The outside of the squash is a little slippery and that the bottom is filled with trapped steam. I found the best way to remove them from the microwave was to use a large spatula to flip them over before trying to take them out. Turning them over first allows most of the trapped steam to escape. This will save your hands and wrist from being burned when trying to take the squash out of the microwave. Recipe adapted from Woman’s Day