David and I have been eating it for many years now and I am here to tell you it is so good! I think the first time we ever heard it was when he was doing the whole P90X workout regimen. If you recall we also got our Shrimp Pomodoro recipe from that regimen also.

So what is this bagels and lox I speak of? A bagel with lox traditionally consists of an open-faced bagel topped with a generous smear of plain cream cheese, thinly sliced red onions and capers and lox. 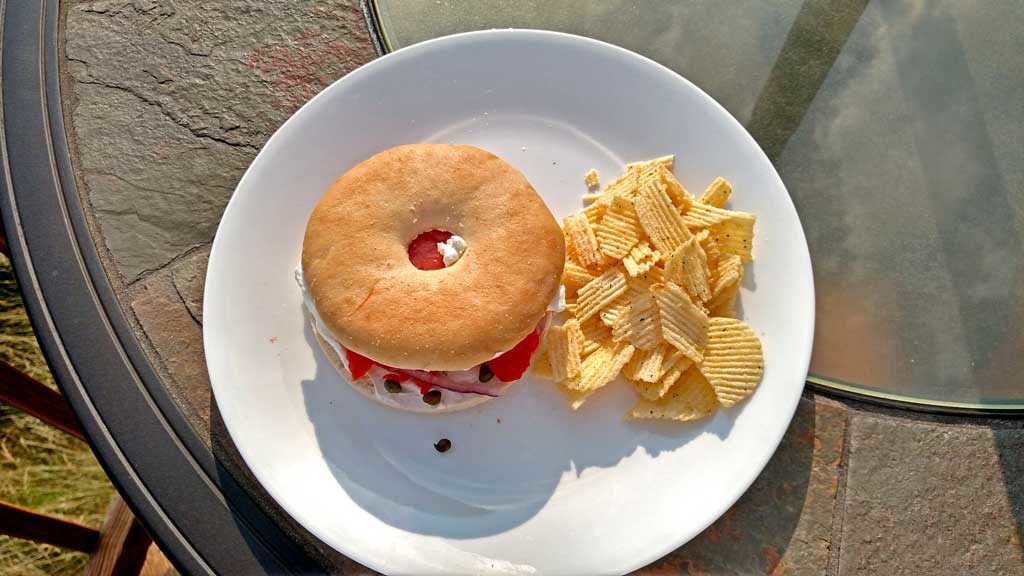 Please excuse me, my inner food geek kicked in. I did some research and I want to share with you what I have learned about bagels and lox…

The word Lox stems from the Yiddish word for salmon, “laks.” Lox is thinly sliced salmon fillet, usually in the belly, and cured in a salty brine (true lox is never smoked). Lox’s gets its origin from Scandinavia, where fishermen mastered the art of preserving salmon in a saltwater brine. Native Americans also smoked and dried the fish’s carcasses for food and currency.

In 1869, the transcontinental railroad began to transport barrels of salted salmon from the Pacific coast to the rest of the country. This gave rise to its popularity in New York City, especially among the Eastern European Jewish immigrants who came over to the U.S. with a rapport for cured and smoked fish.

Bagels made an appearance in China and then glamorized in Italy around the 14th century. The capers came from Italy, while cream cheese has roots in Britain. So, lox or bagels did not originally come from New York City. Nor did cream cheese or capers for that matter. New Yorkers were the ones that put them together and it made a really awesome combination. It is a mystery as to when the fish and the bagel were first eaten together.

According to journalist Heather Smith in her a long piece on bagels and lox, published in 2012 of the late publication Meatpaper, In the 1960s, bagels really flourished, mostly thanks to the Lenders brothers. Smith writes in Meatpaper:

It wouldn’t be until the 1960s that preservatives created bagels that stayed fresh for more than a few hours, and engineers created mixers that didn’t tear themselves apart trying to work the dough. By then, the bagel was no longer the food of the homesick. It was American enough that the bombing around the circumference of the city of Haiphong, Vietnam, was described at the Pentagon as the “bagel strategy.”

Bagels and lox is a simple sandwich made with chewy bagels smeared with a layer of cream cheese, capers, tomatoes, and onion.

Want to try one? Here’s how: 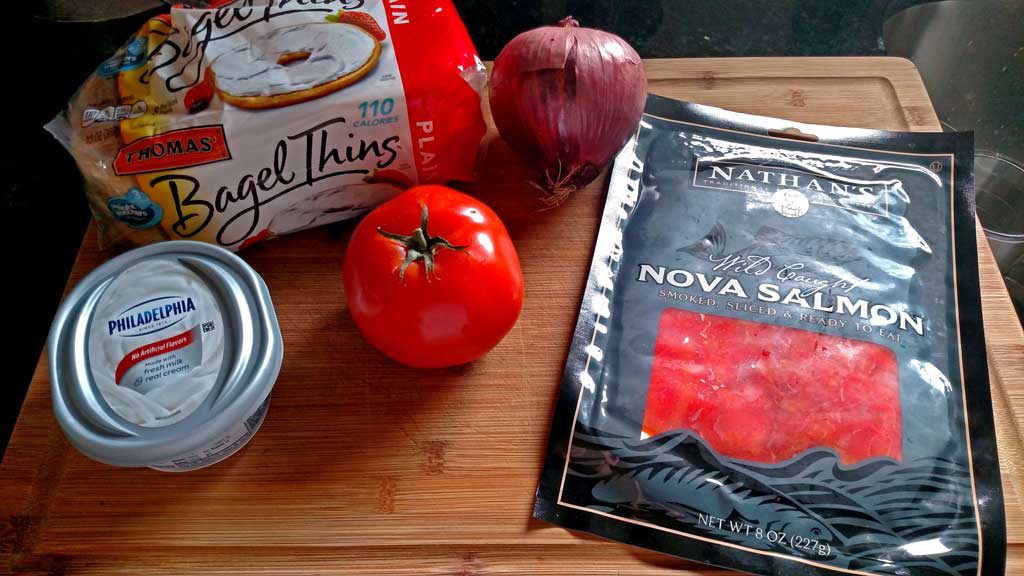 Split the bagel in half horizontally. Toast bagel slices in a toaster or toaster oven, as desired. Spread both cut sides of the bagel with cream cheese.

Over the cream cheese on 1 bagel half, layer smoked salmon, red onion, tomato and capers (plus any additional toppings you opted for). 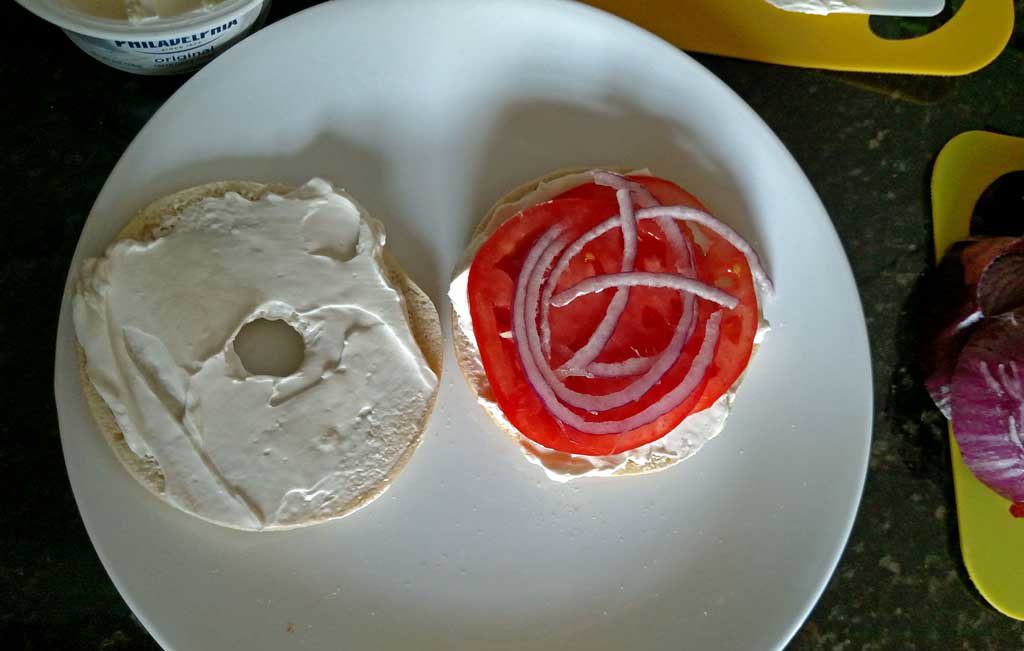 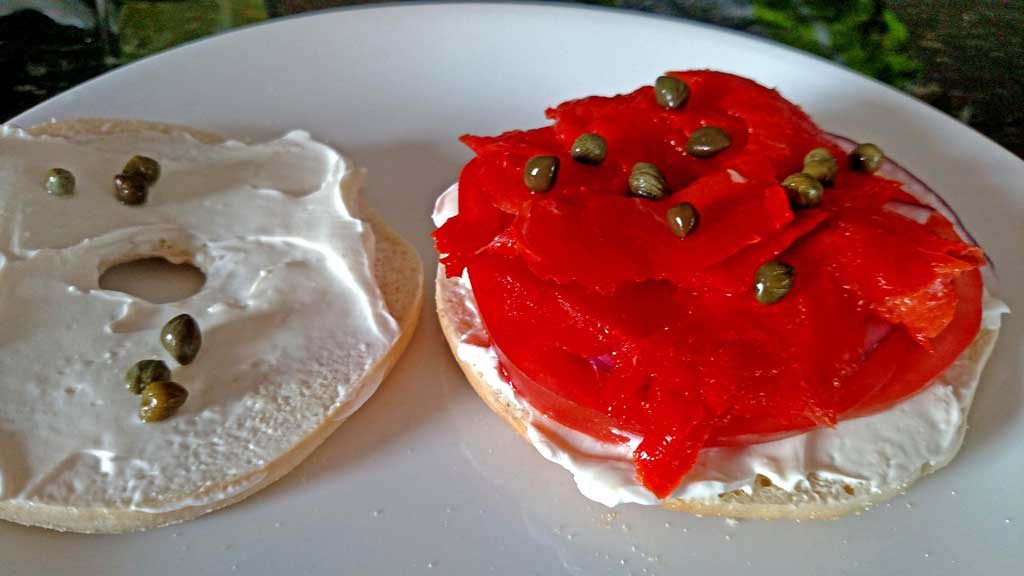 Set remaining bagel half, cream cheese side down, over filling. 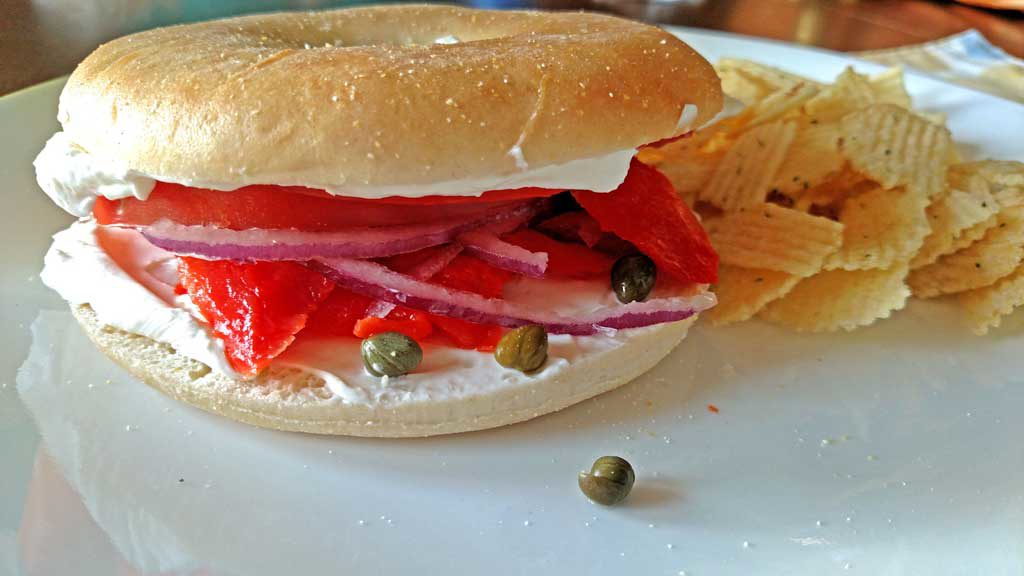 David and I like to sandwich the two loaded slices of bagel together. Bagels and Lox is a combination that you just don’t know you are missing out on until you’ve tried it. Go ahead, your taste buds need some adventure!

To learn more about the history of bagels and lox visit the following links: https://www.npr.org/ Smithsonianmag.com

18 thoughts on “Bagels and Lox {A Brief History Lesson”