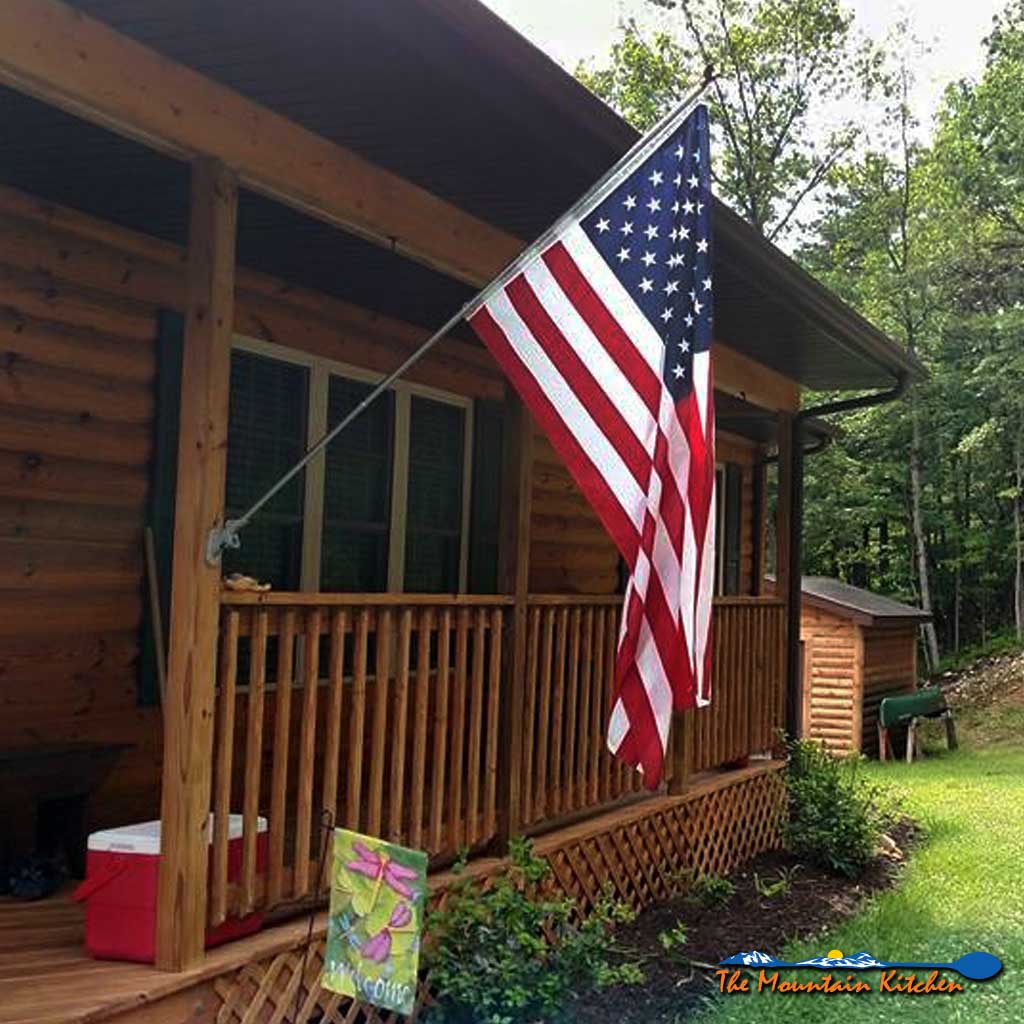 Originally today’s blog post was supposed to be about grilled pizza, but I had to make a change to share with you our 4th of July Bad Luck. 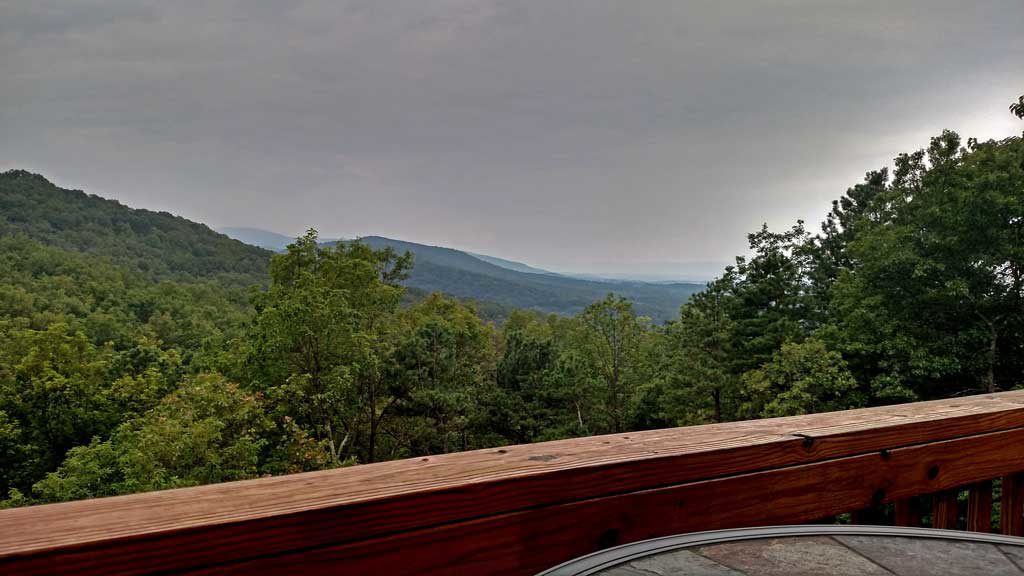 We had a leisurely/lazy morning on the mountain. Surprise, it rained the night before enough to mess up any deck time sitting outside with morning coffee. We are getting pretty used to it now. 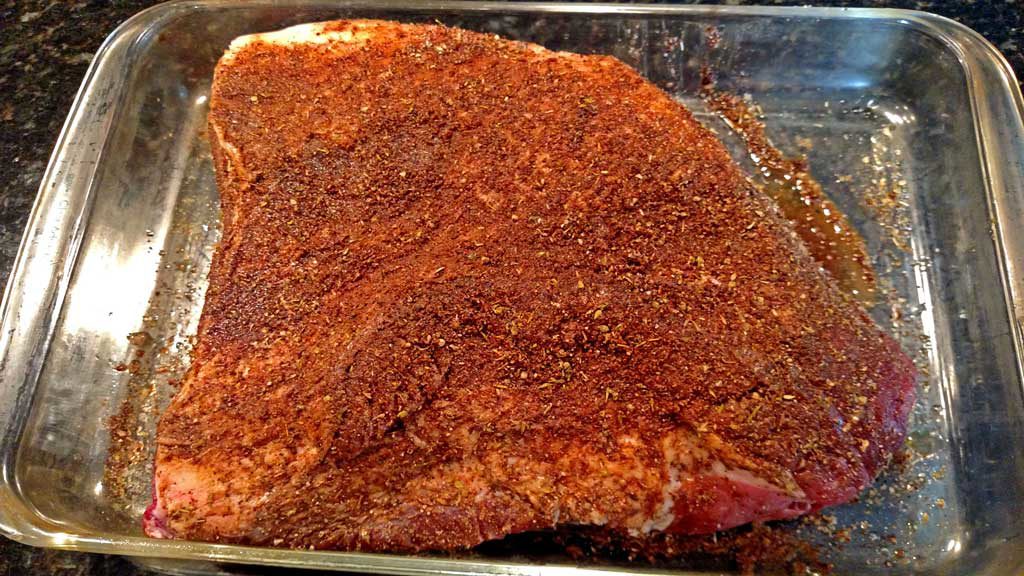 The day before, we took a brisket that we had cut in half another time out of the freezer, thawed it out, rubbed it with our brisket dry rub mixture and placed in the refrigerator overnight. (Blog post tomorrow! Smell it?) 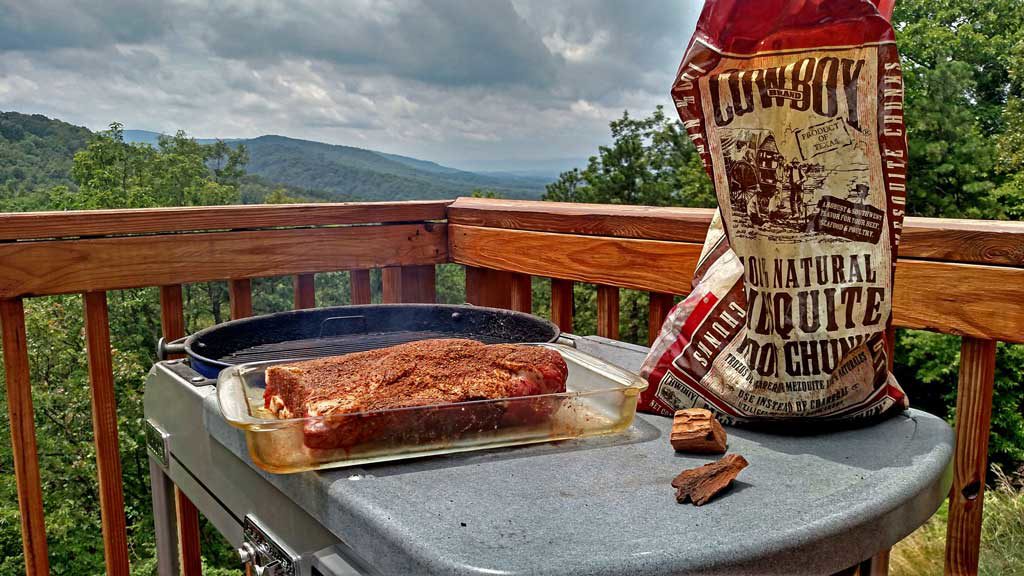 Around 1:00 p.m. on July 4th, David started to ready the grill for a beef brisket. 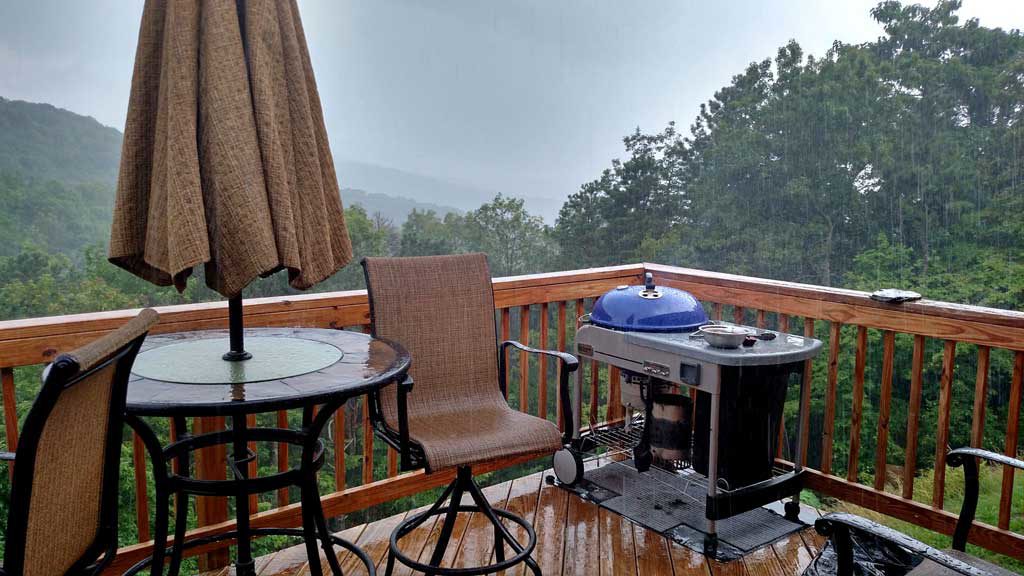 About an hour and a half later, it was raining, but that beef brisket was still smokin’ and holding temperature. 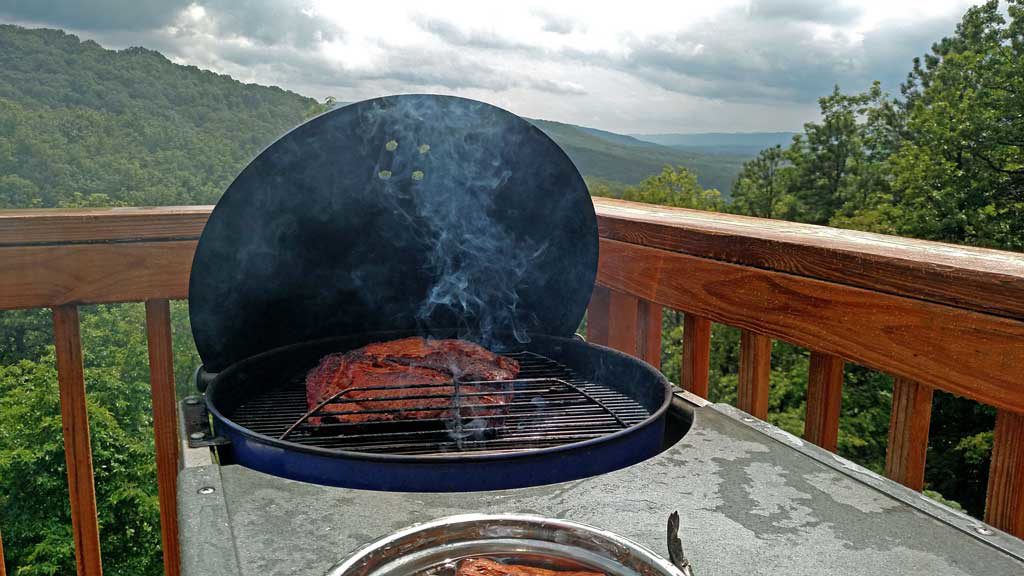 We had just enough rain to run us in off the deck. What is with this summer? No deck time hardly at all. It is either too hot and sunny or it is pouring rain and wet. 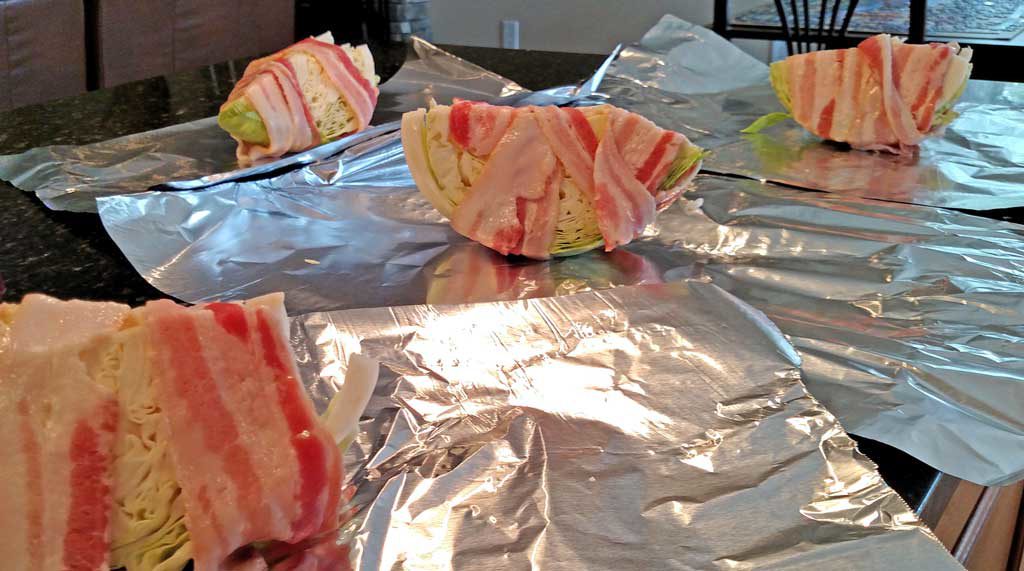 An hour later, I started to prepare the cabbage for the grill. (Yep, that’s bacon and yes, there will be a blog post)

Once the cabbage was cooking on the old Weber, David came in and started to make his Mama Rosa’s Potato salad.

He pulled the handle on the spigot to rinse off a potato and nothing happened.

We both dropped what were doing and immediately went down to the basement to see if maybe a circuit breaker had tripped. They all looked good, and then we noticed a strange gurgling sound in the water pipe that entered the pipe coming into the house from the side of the wall. It runs across the ceiling and underneath the stairs to the pressure tank. I looked at the pressure tank gauge. It was reading zero. Although I didn’t know what it normally read, I knew that zero water pressure was not good. We back over the to the breaker box and racked it off and then back on. The gurgling sound of the pipe intensified and so did my heart rate. The pressure went up to 40 psi and held, the gurgling sound of the pipe started to quiet down a bit. I raced upstairs to turn on the sink. It spit, sputtered and shot outbursts of water and stopped. Nothing was coming out. I ran back down to the basement and the gurgling noise had started up again and the pressure tank gauge went back down to zero.

What was going on? There is no way with all the rain we’ve had this summer that our well was dry. There’s no way it could be dry, could it?

So here we were on July 4th, and the Saturday of a three-day weekend without water and no one to call, because it was a holiday. What a nightmare!!

I became obsessed with Google. I had to know why my freakin’ water wasn’t working. Our house is only 3 years old. I needed answers and I wanted to know what could cause this problem. David even barked at me a couple of times to stop Googling, it wasn’t going to help anything.

We tried to go on with our little 4th of July beef brisket meal like nothing had happened. 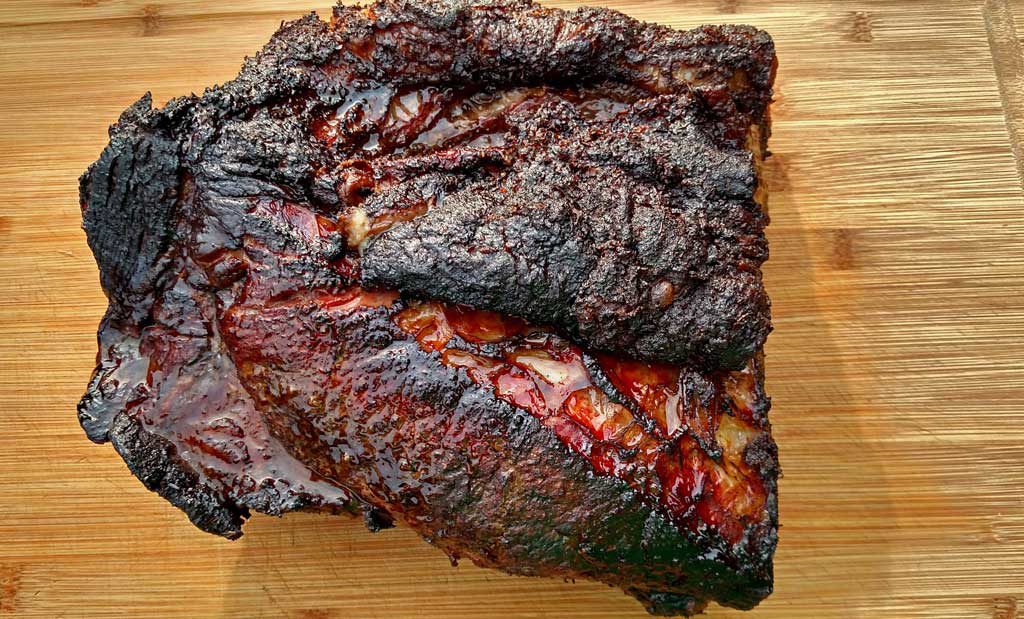 The brisket was cooked to perfection. The cabbage was done and even though we didn’t have any water, David got the potato salad made using bottled water to boil the potatoes. 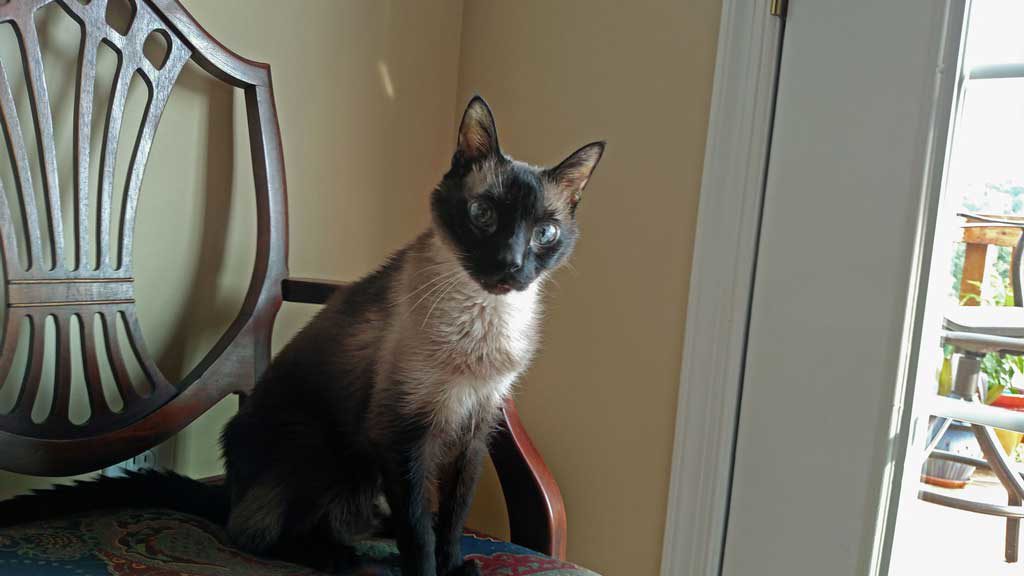 Even His Royal Highness smelled the brisket and decided to take “his chair” at the table, which he hasn’t done in a long time. That is only because he didn’t know he wasn’t going to have any fresh ice cubes to chill his water later.

David and I ate but didn’t have much of an appetite. Neither one of us had showered that day since we were running in and out of the house and working in the kitchen. We just sat there kind of quiet. As good as that brisket was, I could barely eat.

Fortunately, the dishwasher wasn’t full yet and we were able to cram most of the dishes we had messed up inside. Most of the meal was cooked on the grill and there was only a small bowl, a pot, and strainer David used for the potato salad that was dirty and couldn’t be washed without water.

Sunday morning, David and I got up and decided to go to 7-Eleven to get some coffee and breakfast. We returned home with our coffee and David tried a couple of numbers for local plumbers. No luck. We would have to wait until Monday morning. So we slothed around all day, napping and doing very little. Since there was no water, we hated to anything that required, washing dishes or taking a bath. It was a pretty long day and I was sick to my stomach worrying what was wrong with our well and how much it was going to cost us. I had narrowed it down to a leaking pipe, a bad check valve or a dry well and feared the worst.

Monday morning came and I got up and heated water on the stove to take a sponge bath with and off to work I went, alone. David stayed behind to wait for the plumber. 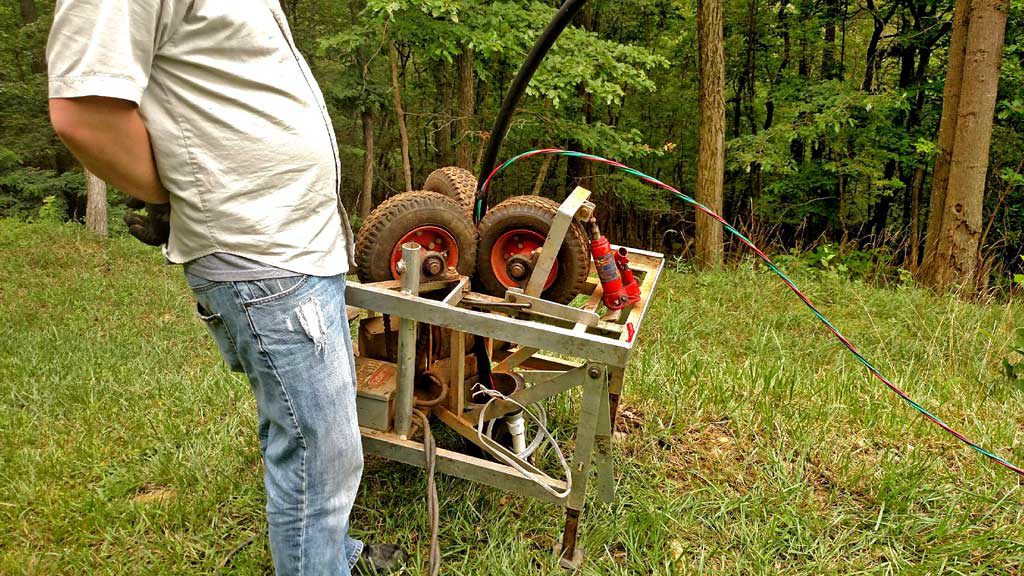 They used a contraption called a well puller to pull our submersible well pump from down inside the mountain.
(we learned that our well was only 300 feet deep, not 600 feet like we were told when the house was built) 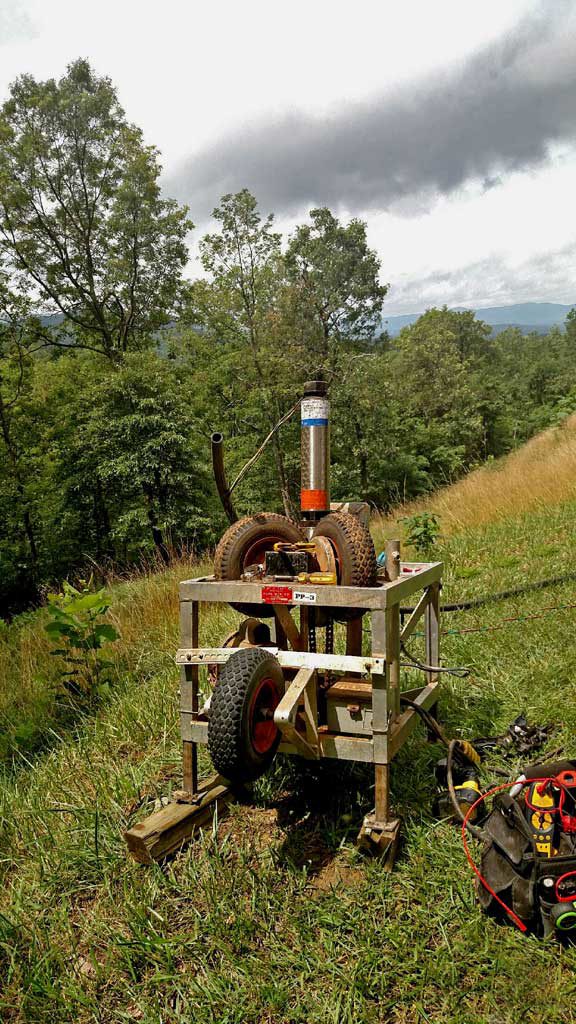 After a few minutes of pulling a long black pipe up from the depths of the mountain, our well pump finally made its appearance (the silver capsule between the tires of the well puller). 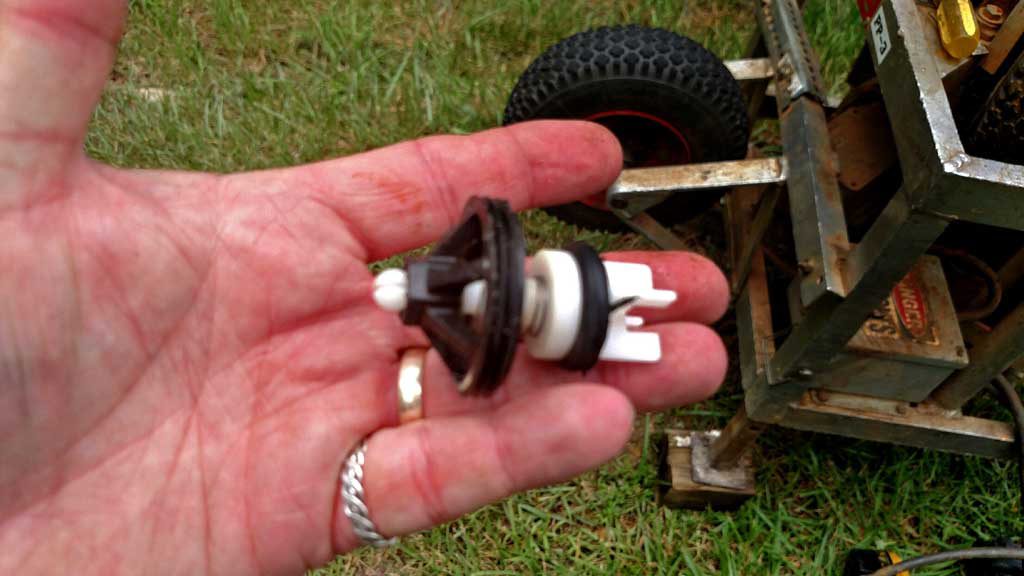 It turns out, that this weird-looking plastic piece in David’s hand is the cause of our bad luck. We have a 20-year pump with a plastic check valve. Needless to say, it was replaced with a brass check valve and the pump was submerged back into the well. 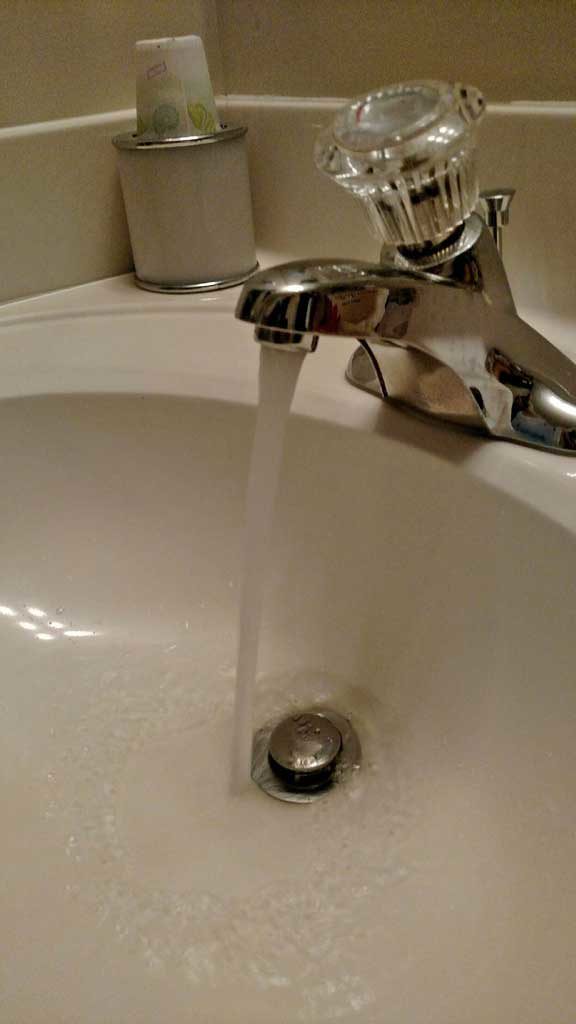 While I was sitting at my desk at work, I received a text message from David with a picture of a running faucet from a sink in our bathroom. A sight for sore eyes. We had running water again!

Yes, we had to spend a couple of days without running water.
Yes, it sucked.
Yes, we had an unexpected plumbing bill.
But you know what? I’ll take that kind of luck any day!!
It was the fixable kind of luck.
It was just an inconvenience. No harm, no foul.

More importantly, we realized even more what great neighbors we have on our mountain. We have been getting to know some of them better this year and we’ve made some pretty darn good friends along the way. Each one offered help, a hot shower or buckets of water to get us by. We are surrounded by some good folks and it makes us appreciate where we live even more.

Get out and meet your neighbors, folks! You never know what kind of friendships may live just down the road…

The First Snow Day On The Mountain of 2015
What Staycation Really Means: Part IV