7 Mistakes to Avoid When Making Soup 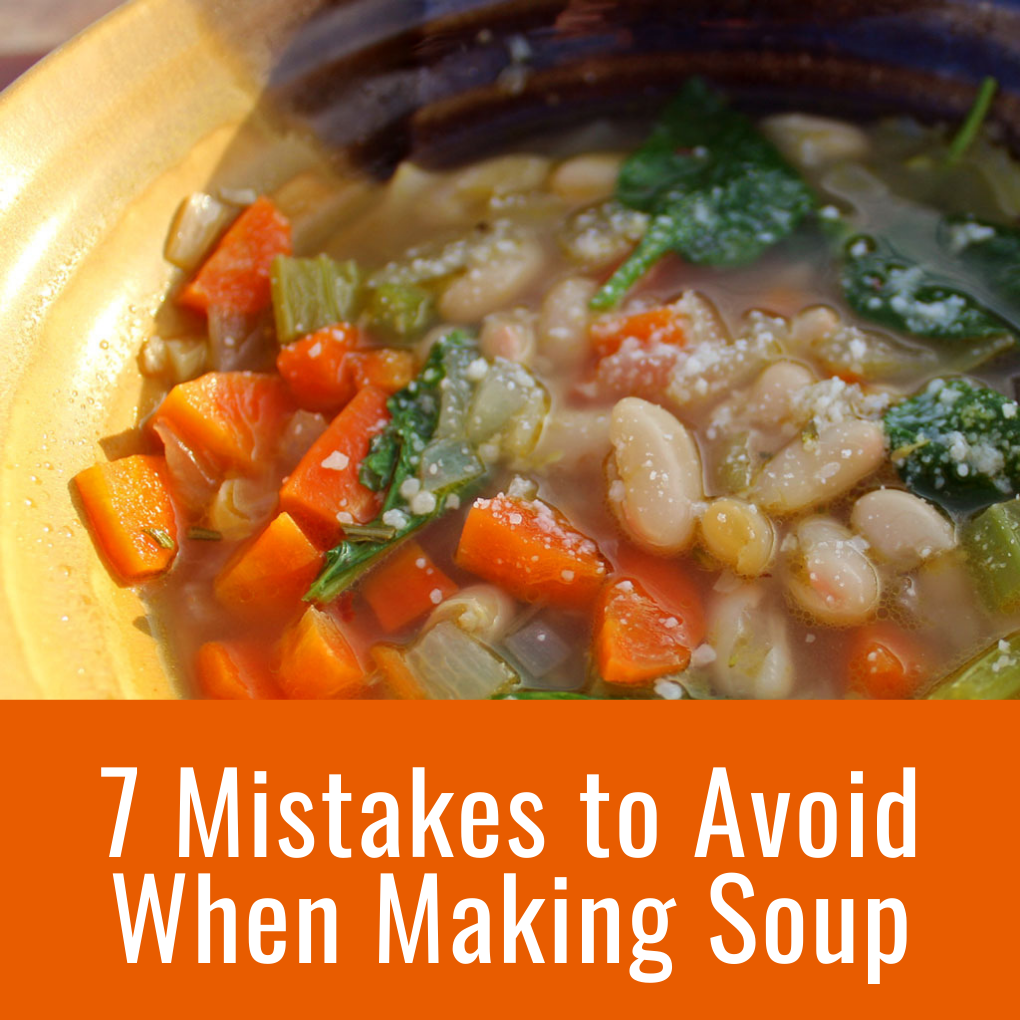 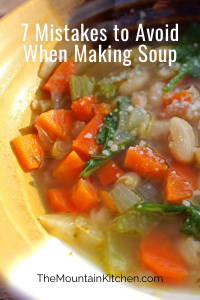 Soup is fairly simple. There are no complicated cooking techniques, so there is no excuse for a bad pot of soup. All that is needed are little care and consideration.

Last week ushered in the first day of fall. Don’t you just love this time of year? The crisp air outside brings us to harvest, football, hayrides, bonfires sweaters, chili, stews, and soups.

Soup season has officially started and there is nothing more comforting than a big ole pot of simmering goodness on the stove or coming home to a crock-pot full ready and waiting. Whether it is simple or complicated, thick or chunky, creamy or spicy, here are 7 mistakes to avoid when making soup this season.

7 Mistakes to Avoid When Making Soup:

The best part of a soul-warming soup is the broth, but if you think you can’t make a delicious soup without it, you’re wrong. It is ok to use water! You are almost better off using water than broth anyway. You may even find you prefer soups made with water. The ingredients are allowed to stand out and aren’t masked by overpowering stocks. Just keep an eye on it and don’t cook all of the water out of it. Keep in mind that as a soup cooks, the broth reduces and some ingredients tend to soak up the broth, such as rice or pasta. It wouldn’t be soup without liquid now, would it? Remember: when in doubt, add more water or stock.

2. Boiling instead of simmering:

Boiling can cause your meat and vegetables to dry out dry and become overcooked. Gently simmering not only cooks the ingredients until they are tender, but also allows the flavors from herbs and spices to infuse the liquid, and the meat and vegetables absorb some of that seasoned liquid while also contributing some of their own flavors back. As the pot simmers, some of the liquid evaporates causing the flavors to become more concentrated and intensify. So go slow!

3. Too much or not using enough salt:

If you add salt at the beginning of cooking you’re almost guaranteed to have salty soup. As I just mentioned, as the soup cooks down, the flavors intensify. You probably won’t need much salt anyway. Remember, have patience and wait until the end to season it. Nothing is as crucial as seasoning correctly. Use a recipe as a guideline, but learn to trust your own taste buds!

5. Adding pasta or rice too early:

To me, there is nothing worse than rice or pasta that cannot even hold its shape. Folks, NEVER cook your noodles until they disintegrate! Add these ingredients with just enough time to cook them through according to package directions. Not to mention if you add them in too early, chances are they will stick to the bottom of the pot and scotch ruining your soup!

Fresh herbs, freshly cracked pepper, a dusting of Parmesan cheese, or crunchy croutons or crusty bread add another level flavor and texture to a good home-cooked soup. When I make my Spanish-Style White Bean, Kale and Chorizo Soup the flavors are amazingly brought together and given a little zing by adding a splash of red wine vinegar when it is ready to eat. I also loved the paprika brown butter used on the wonderful Roasted Carrot-Apple Soup I made last fall. Other good last-minute garnishes: a dollop of sour cream, chives, lime or lemon juice.

Soup making is a labor of love. If you’re going to rush through it, don’t even bother with trying to make a soup. Soup takes time, patience and passion. Remember this meal is supposed to put a smile on everyone’s face.

Soup needs your care and consideration. I hope by making you aware of these common mistakes will encourage you to make soups that will warm your bones and soothe your soul on a cold day this season.

Spice Up Your Pasta
15 MUST TRY Soup Recipes

10 thoughts on “7 Mistakes to Avoid When Making Soup”