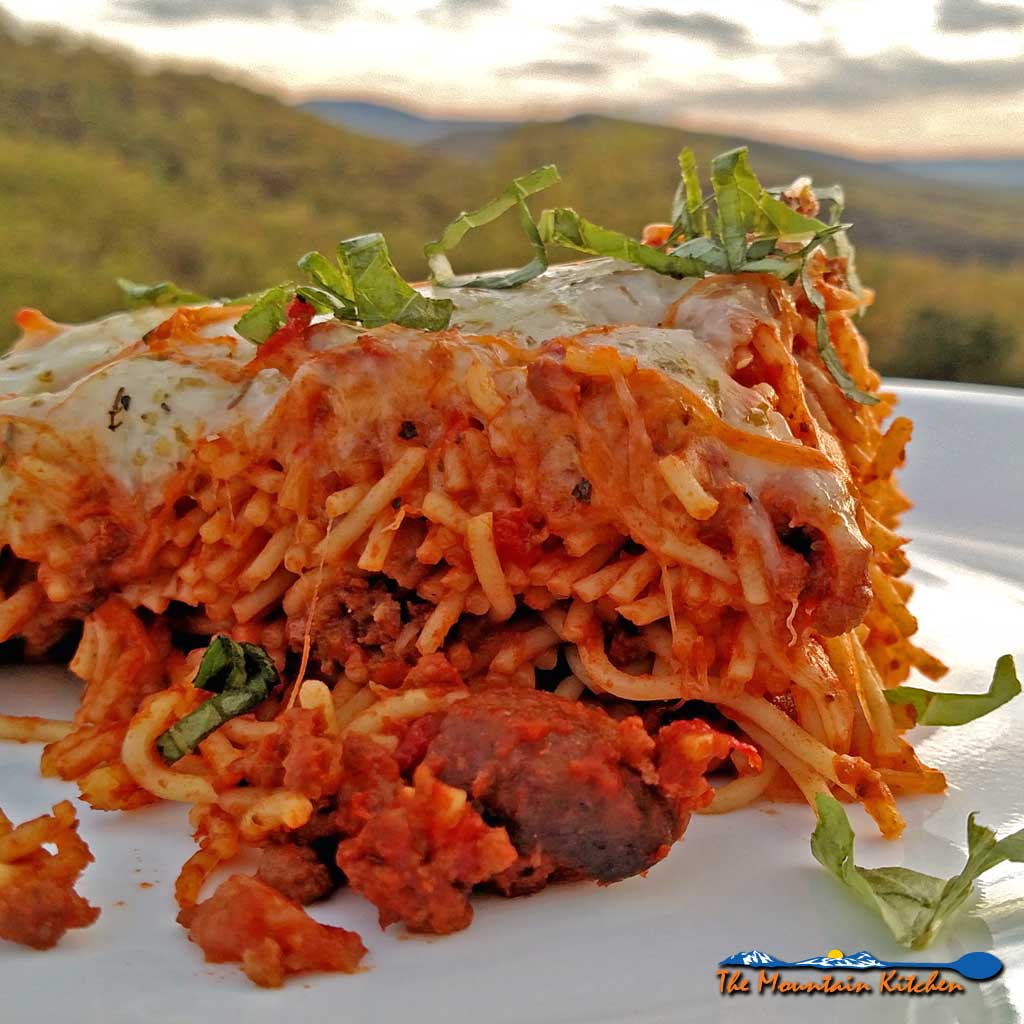 If you’re like us, we think spaghetti is always better the day after as leftovers, than it was the first time around. It really needs nothing but warmth, but a few weeks ago when we had our monthly spaghetti fix, we decided to make the leftover spaghetti even better. I made the spaghetti on the weekend, so we planned a quick weeknight meal during the week, in which we would top the spaghetti with cheese and bake it in the oven to warm it up a couple of days later. Baked spaghetti is our new way of eating leftovers.

We really didn’t think that much about what we were doing, but when David told someone at work about what we had done with the leftover spaghetti, they told him that they had never thought of doing that before and that it was a great idea. That’s when I knew I had to share this tip in a blog post.

Have you ever baked leftover spaghetti with cheese? Maybe you’ve never really thought about it either… Or maybe you don’t like to eat leftovers or somebody in your household refuses to eat them. Maybe a quick disguise for your leftovers is in order?

How To Make Baked Spaghetti:

The night before, place the leftover spaghetti in an ovenproof casserole dish, cover it and place it in the refrigerator.

The following day, take the spaghetti out of the fridge and grab your favorite cheeses.

Top the spaghetti with cheese and sprinkle with just a touch of oregano.

Place the cheese topped spaghetti dish inside a COLD oven. Turn on the oven and set the temperature to 375 degrees F. It is important that the oven to prevent breakage of your casserole dish. The dish is cold, since the dish just came out of the refrigerator. You want the dish temperature to come up with the oven.

If the spaghetti is warm, but the cheese isn’t browned enough (Trust me the flavor is in the brown!)

Turn on the broiler and broil until the cheese is golden brown, about 2 to 4 minutes.

Carefully take the dish out of the oven. Cut into chunks like you would lasagna to serve.

Now your spaghetti from the night before has taken on a brand new identity that perhaps even your pickiest eater will love! Baked spaghetti is quick, simple and perfect for a weeknight!