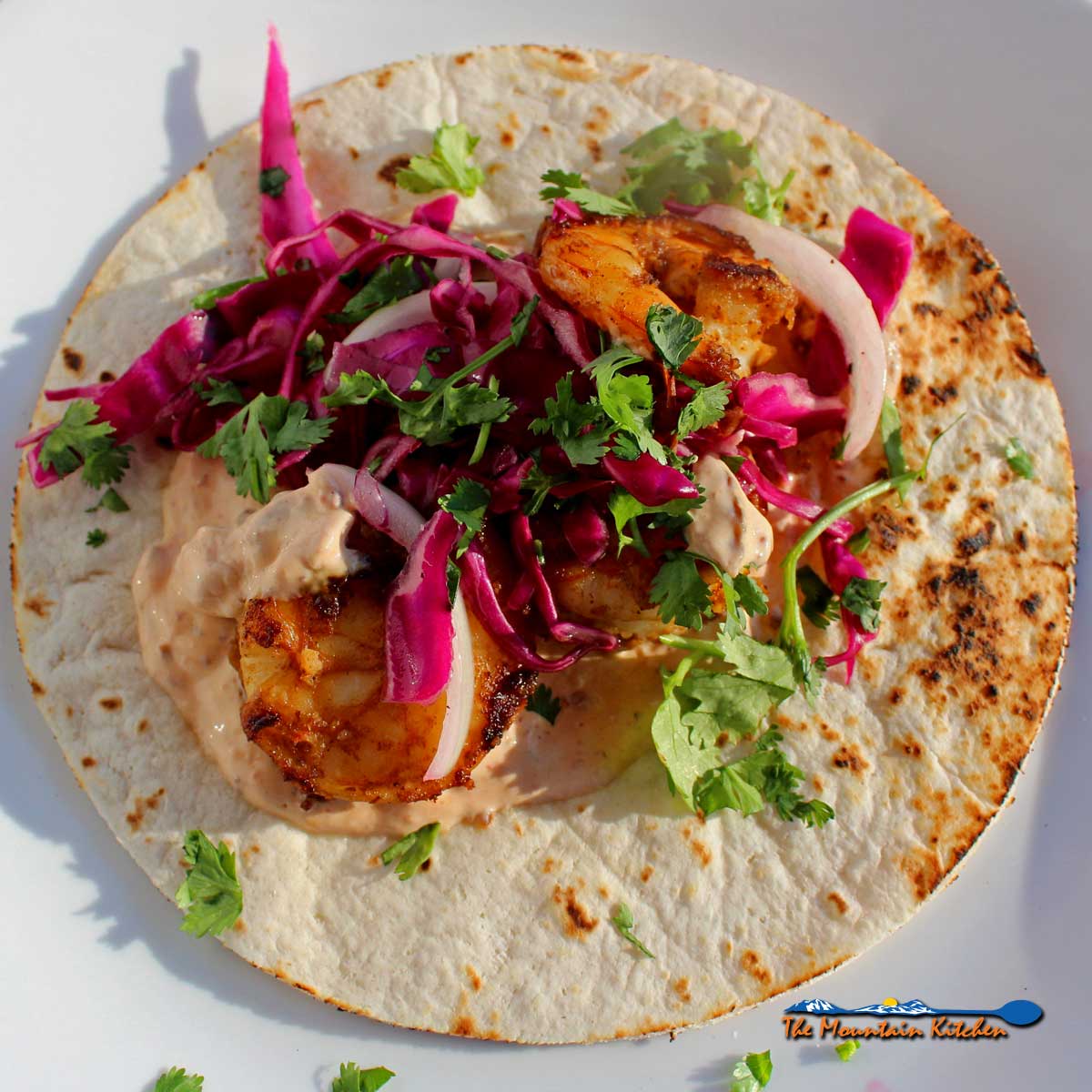 I cannot even begin to tell you just how good these easy shrimp tacos with red cabbage slaw and chipotle sour cream really are. All I can tell you is this recipe will change the way you think about taco night forever.

I have posted similar recipes for grilled shrimp tacos years ago, but over the years I have simplified how these come together. These tacos are delicious and I felt like they deserved much more love!!

I kid-you-not, David and I practically fight over the shrimp in these easy shrimp tacos. No really, we actually count the shrimp out and ration them off. If the shrimp are not divisible by two, we will cut the extra little guy in half so that we both get a bite.

How To Make Easy Shrimp Tacos

Marinate the shrimp for the tacos:

The marinade is very simple, but packs a huge punch of flavor! The marinade is also pretty strange-looking and it may seem like there isn’t enough to coat the shrimp, but once you put the shrimp into the bag with marinade and start squishing them around, you soon realize that the shrimp will be well coated.

Tip: Line a large plastic cup with a zip-top bag, folding the top around the lip of the cup for easier filling.

Surprisingly, the amount of flavor you get into these shrimp in 30 minutes is pretty intense, but you can marinate the shrimp for up to 24 hours for even more flavor. You can have them ready to throw in the at a moments notice.

Make the red cabbage slaw for the tacos:

Once the shrimp are in the fridge marinating, then you can make the red cabbage slaw. This slaw is made of shredded red cabbage, sweet onion, and fresh cilantro tossed in a citrus vinaigrette. The vinaigrette is naturally sweetened with honey and then seasoned with salt and pepper.

The red cabbage slaw needs to sit at room temperature for at least 20 minutes before you cook the shrimp. It’s important to toss the slaw occasionally to ensure the cabbage stays coated with the vinaigrette.

It may seem like a lot of cabbage, but you will notice that the volume of cabbage in the bowl will reduce within the 20 minutes as it begins to break down and wilt from the acid.

Add as many or as few of the chipotles to the sour cream as you like. It’s really up to you and your taste. I have found that the more we make these easy shrimp tacos, the spicier we like them. I think I may be up to 1 ½ to 2 chopped chipotles plus the adobo. We really like it spicy! This chipotle sour cream can be made ahead of time also. Place the chipotle sour cream inside the refrigerator until time to serve the tacos.

After the shrimp have marinated, simply toss them into a large non-stick skillet over medium-high heat, until lightly browned on both sides. The crispy bits on the shrimp are locking in the most amazing flavor!

To assemble these easy shrimp tacos, lightly toast a flour or corn tortilla over a gas burner on the stove or per package directions.

Repeat for each taco and serve with extra fresh cilantro and lime wedges.

Once the marinating wait time is over, these easy shrimp tacos are full of flavor and come together in just 15 minutes! This recipe never fails me and they always leave us wanting more!

Make these easy shrimp tacos, but don’t say I didn’t warn you about fighting over the shrimp! 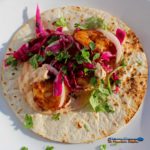 Tip: Line a large plastic cup with a zip-top bag, folding the top around the lip of the cup for easier filling.