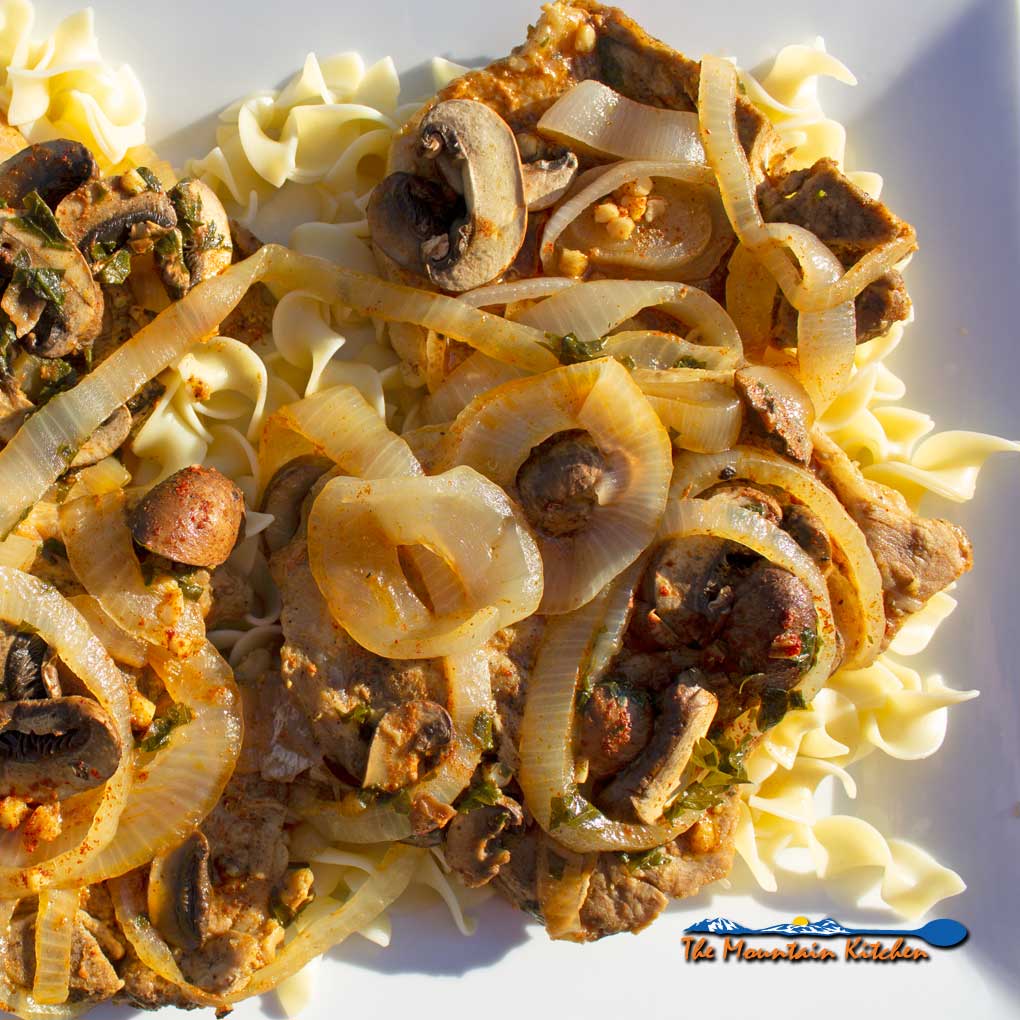 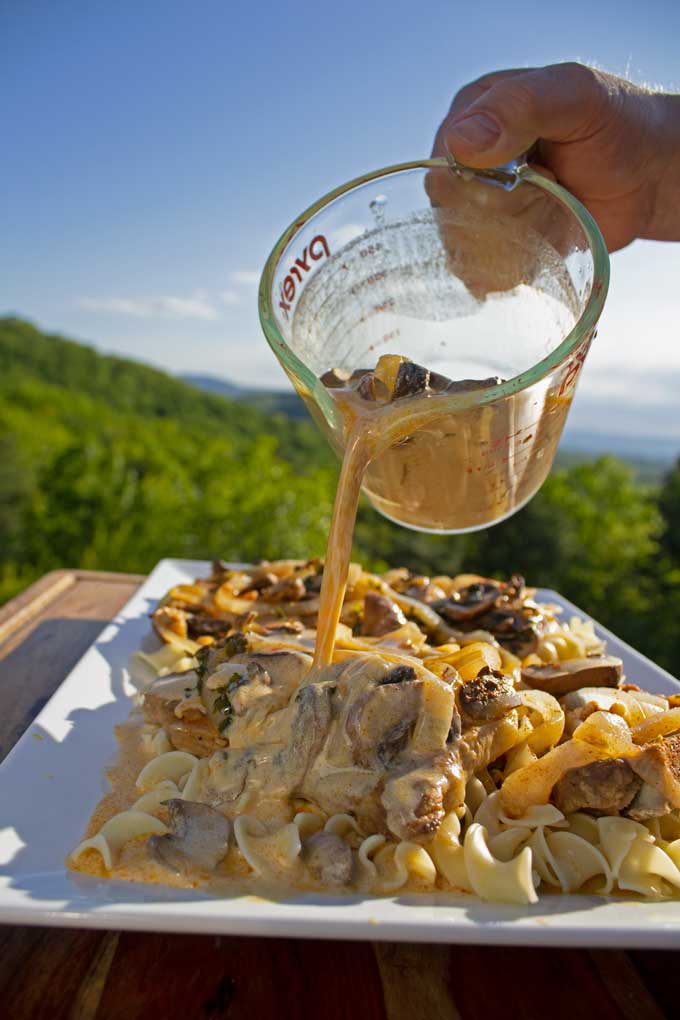 David has always been a sucker for anything Stroganoff, that’s why this delicious pork chop stroganoff is such a big hit at our house.

This main dish is made with pork chops nestled on top of a bed of buttery egg noodles with mushrooms and onions drenched in a tangy stroganoff sauce. The sauce is made of simple wholesome ingredients that can be found in your pantry. Making this recipe easy for you to whip up in your own kitchen.

Pork Chop Stroganoff is a quick easy dinner without a lot of fuss. The ultimate comfort food that will really stick to your ribs!

Let’s break this dish down and see what’s in it, shall we?

This recipe begins with center-cut bone-in pork chops about ½ to 1 inch thick. Bone-in center cut pork chops tend to have more fat and connective tissue around the bone, which not only makes them extra juicy, but provides the dish with a ton of flavor.

The pork chops sear to caramelize the natural sugars in the meat (AKA: The Maillard Reaction) and brown the proteins. A rich brown crust forms on the surface of the pork chop that intensifies the savory flavor of this pork chop dish.

This brown color makes the chops look pretty too. It may seem like searing the pork chops isn’t necessary, but do not skip this step! This is the start of the delicious flavor this dish has to offer.

Once the pork chops are in the pan, do not move them around. The meat should lock onto the pan. Do not fear this! Believe me, I used to freak out when my meat stuck to the pan. Little did I know that if you just give it a minute or two the meat will release from the pan, it’s all part of the browning process.

It’s also important not to overcrowd the pan or the pork chops will steam and not brown. If there isn’t enough for all 4 pork chops with room around each, sear two at a time.

To get a nice golden sear on the chops, use a nice heavy pan with a lid. The pan should be able to retain a high level of heat, so chose a pan such as stainless steel, cast iron pan, or aluminum. Do not use a coated or non-stick pan because they do not allow the meat to lock to the pan. The brown bits left on the bottom of the stainless steel cast iron or aluminum will release and provide more flavor to the Stroganoff sauce that drenches the pork chops.

The Onion and Mushrooms

The onion and mushrooms provide a savory flavor to this dish and give the Pork chops stroganoff wonderful texture.

The wholesome ingredients of the sauce seem almost too simple to taste good. The base of the stroganoff sauce begins with beef broth, combined with a little taste of prepared yellow mustard, minced garlic and paprika.

The onions and mushrooms braise in the pan with the pork chops melting down amazing flavor into the sauce. Just before serving, the rich sauce is thickened by stirring in a healthy dose of tangy sour cream.

The rich stroganoff sauce is poured over the pork chops, mushrooms, and onions then brightened with a last-minute sprinkle of fresh chopped parsley.

I’m practically drooling thinking about how good pork chop stroganoff is. If I have you drooling too, try this recipe and let us know what you think in the comments below. 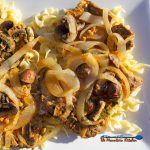 Rice could be used as a substitute for egg noodles to make this recipe gluten-free. Use Light Sour Cream to cut some calories. The pork chops are done at 150 degrees F when probed with an instant-read thermometer. However, braising them in the broth makes them fall off the bone tender. Recipe adapted from Bubba and Paula Deen.