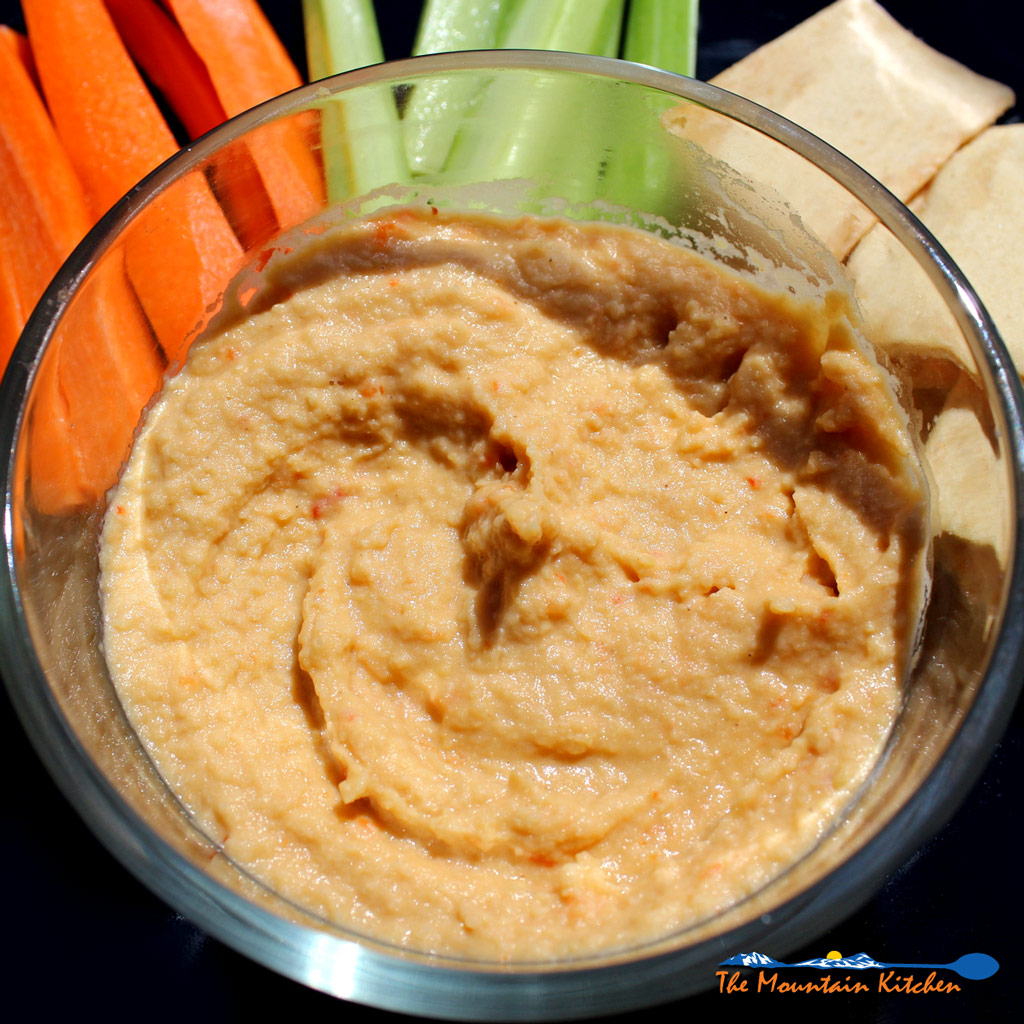 Hummus is good. I mean it really is good! Especially this roasted red pepper hummus!

I know, I’m late to the hummus game. You’re probably rolling your eyes in your head at me. Up until I made this homemade roasted red pepper hummus a few weeks ago I didn’t really know just how good hummus was.

I always let David’s opinion discourage me from trying it, so I had never eaten hummus before. Although he eats it, he turns his nose up at it and will not eat it voluntarily.

Recently, we went to a local winery with friends and I decided to buy some because I knew our friends liked it and I figured they would help me eat it. I enjoyed the good company and good wine and I ate hummus like it was going out of style.

After that, I decided to make my own hummus. If I had to eat it all by myself, so be it!

The Origins of Hummus

Intrigued by hummus, I wanted to know more about it, so I did a little homework. I thought it was interesting and would like to share the origins of hummus with you:

Spelled many ways, hummus is an Arabic word for “chickpea”. Chickpeas, also known as garbanzo beans, are the main ingredient found in hummus. These peas have been a food source for over 10,000 years and they were eaten in Palestine before 4000 BC. One of the earliest crops cultivated in Mesopotamia and a common street dish in Rome.

Hummus is a dip or spread made of mashed chickpeas, that have been cooked, mashed and blended with tahini (sesame seed paste), olive oil, seasoned with lemon juice, garlic, and salt.

The countries of Greece, Israel, Jordan, Egypt, Palestine, Turkey, Syria, and Lebanon all claim historical ownership of hummus. In fact, each makes a rather distinct type of hummus and doesn’t always use it in the same way. For example, Hummus is served as an appetizer in most Arab countries as well as Greece, but in Israel, hummus is often considered the main dish.

The origins of hummus are hard to trace because it was a borrowed and shared dish throughout time. Regardless, hummus is now found in every grocery store and even restaurants, making it a prime example of crossover food.

Simple and delicious, this creamy hummus is infused with roasted red peppers, tahini, and garlic. It’s a healthier, inexpensive option compared to store-bought dips and spread, with unsaturated fat and is packed with protein and fiber. Not to mention it’s vegan, vegetarian and naturally gluten-free!

For this recipe, you can either roast a red bell pepper over a flame on a grill or you can go the easy route and buy a jar of roasted red peppers from the store.

I chose to roast a red bell pepper one afternoon when David had the grill ready to cook. You can learn how to roast your own peppers by clicking HERE.

For EXTRA SMOOTH hummus, remove the skins from the chickpeas prior to adding them to the food processor. Yes, it’s work, but totally worth it for really creamy hummus.

In a food processor, all the ingredients EXCEPT the olive oil. Pulse a few times to chop up the chickpeas.

With the motor running, pour in the olive oil and process until smooth paste forms.

Transfer to a serving bowl and serve with pita chips, celery sticks, carrots sticks, and radishes.

Roasted red pepper h makes a delicious appetizer to serve to guests and a great way to sneak in a healthy option while watching the Sunday football game too! Pair with chips or veggies, this hummus will not stick around long!

I am anxious to try different variations of this old world food. After thousands of years, you can make your own hummus from a recipe that none other than Valerie Bertinelli.

Strange how the world works sometimes…

I’m sharing this recipe over at Fiesta Friday. Come on over and join in on the fun! 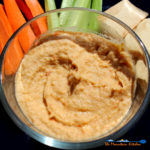 I have made this recipe several times, and have found that the original recipe had too many garbanzo beans in it which made it rather pasty. This recipe has been adjusted for a smoother result. For EXTRA SMOOTH hummus, remove the skins from the chickpeas prior to adding them to the food processor. Yes, it’s work, but totally worth it! Recipe adapted from Valerie Bertinelli

Jalapeño Jelly: A Step-By-Step Guide On How To Make and Can Jars
No-Bake Greek Pizzas {A Meatless Monday Recipe