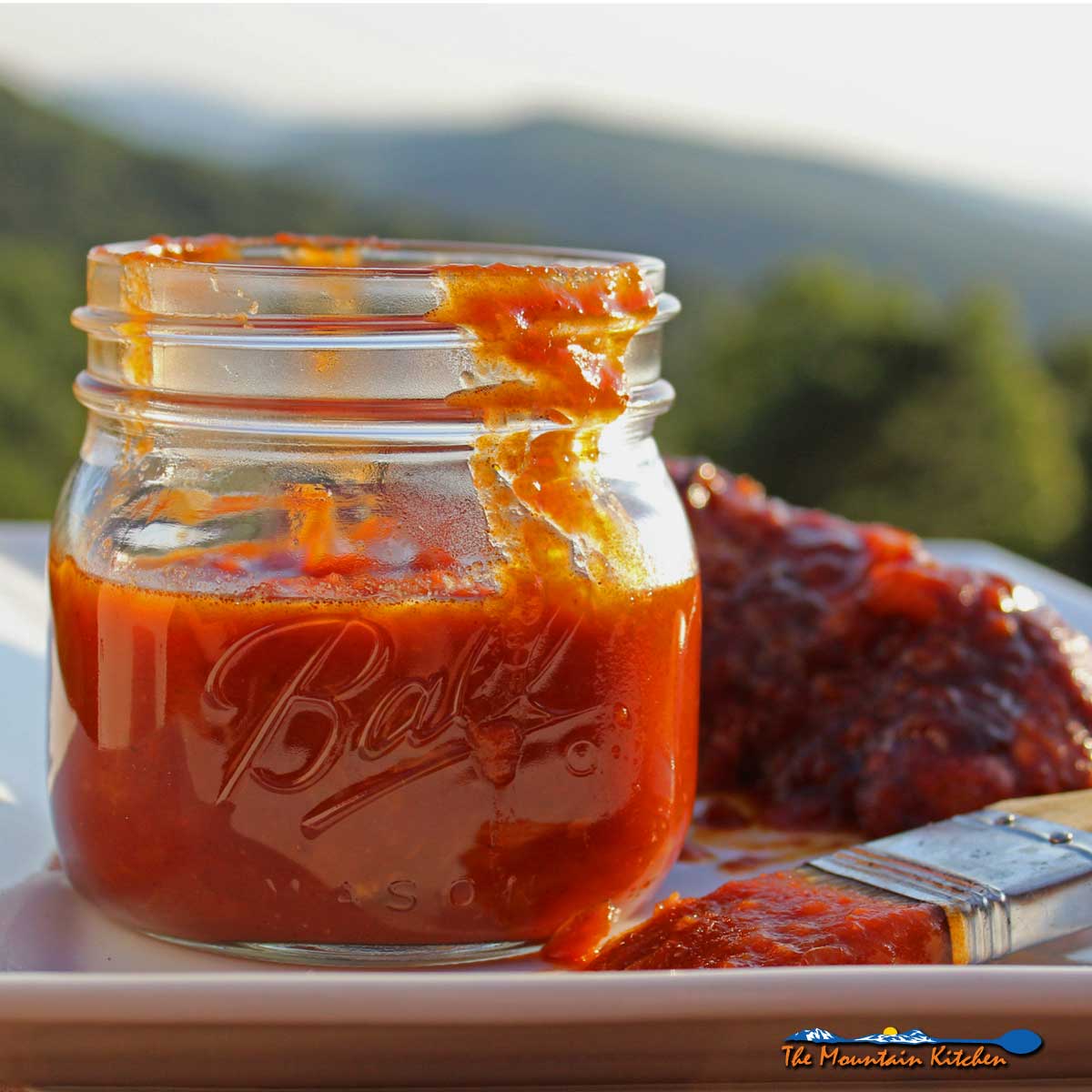 You are just two peaches away from this amazing Spicy Chipotle Peach Barbecue Sauce!

That’s right, all you need is a couple of summer’s ripe juicy peaches and a few other common ingredients to enjoy this delicious peach barbecue sauce.

It still amazes me how your palate changes as you go through life. Up until the last few years, I have never really like peaches and there was even a time when I didn’t even like the smell of them. For some reason, the smell of peaches began to appeal to me and the next thing I knew I was making recipes with fresh peaches such as Jerk Chicken with Spicy Peach and Plum Coconut Sauce or David’s Cinnamon Peach Crisp and enjoying them too.

David and I had bought a few peaches from a local farm stand a few weeks ago. I didn’t really know what I was going to do with them even if it was just to enjoy with my morning yogurt. Well, the morning yogurt idea was not the best idea. I ended up force feeding myself because it was eat what I had brought to work or go hungry.  the last bite of yogurt and peaches I took, I knew that I really don’t care for raw peaches at all. I like peaches warm and cooked.

About a week later, we still had two overly ripe peaches sitting in the refrigerator and needed a plan. I don’t like to waste food if I can help it, there are just too many starving people in this world. As I was sitting around one rainy evening on our “staycation” I began to think about what I could do with those peaches. We also had some pork tenderloins in the refrigerator and some leftover chipotles peppers in adobo sauce. This was a no-brainer, I was two peaches away from yumminess! I was going to bake a pork tenderloin with a spicy chipotle peach barbecue sauce.

I jumped up from the couch and went to the kitchen which quickly began to look like a science lab. First I had to figure out the barbecue sauce. I added this and added that, making notes so that I could repeat the recipe if it turned out good. I had added all the ingredients I thought to the saucepan and gave it a final taste…

It wasn’t quite right. Something was missing!

After giving it another taste, I thought my sauce needed some tang to it. I had been eyeballing a barbecue sauce recipe that called for lemon juice but I couldn’t wrap my head around using lemon juice. Lemon juice is an acid, but so is VINEGAR! I decided to add some apple cider vinegar instead of the lemon juice. I mean there aren’t many barbecue sauces that don’t have vinegar in them. It’s practically a staple when it comes to barbecue sauce and I love vinegar so much I could drink it, so it was not going to hurt my feelings.

I added in a quarter cup of vinegar stirred it around and BAM! This spicy chipotle peach barbecue sauce became as David likes to say: “STUPID GOOD”!

I seasoned the pork tenderloin with salt and pepper and used the same process to cook the Amazing Oven-Baked BBQ Pork Tenderloin. I served the barbecue pork tenderloin over brown rice and we sat down to a delicious meal.

This spicy chipotle peach barbecue sauce is intensely flavored and guaranteed to be a hit! Put this recipe in your bag of tricks at your next summer cookout. It could take your ribs, chicken, shrimp, sandwichesand pizza to a whole new level!

What will you put it on? 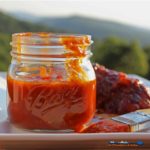 Calories: 41kcal | Carbohydrates: 5g | Fat: 2g | Saturated Fat: 1g | Cholesterol: 5mg | Sodium: 156mg | Potassium: 107mg | Sugar: 4g | Vitamin A: 270IU | Vitamin C: 3.1mg | Calcium: 6mg | Iron: 0.3mg
Did you try this recipe? Tell us what you think!Give this recipe a star rating, leave a comment below and share pictures of your food with us on Instagram, Facebook or Twitter! We can’t wait to see them! Don’t forget to mention @TheMountainKitchen or tag #TheMountainKitchen!