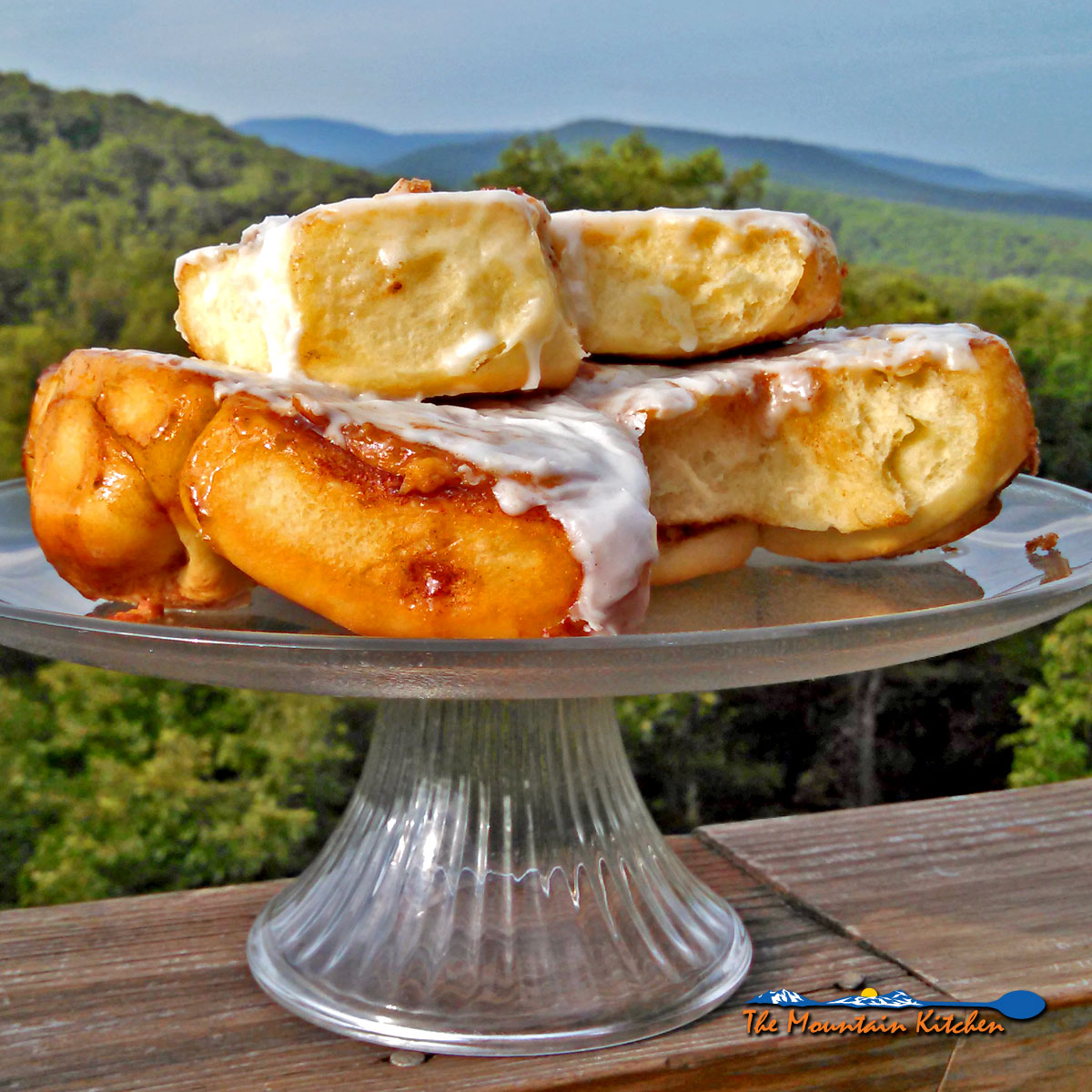 A Sunday breakfast treat, these fluffy, soft, sweet homemade cinnamon rolls will bring a smile to anyone’s face. Including a house full of hungry Spiveys.

The house was filled with Spiveys a couple of weeks ago, when David’s son, grandson and “adopted” son came to spend the weekend with us. This was the perfect time to try this homemade cinnamon roll recipe I had been wanting to try. It also gave me a chance to use the Vietnamese Cinnamon we purchased while visiting The Florida Keys earlier in the spring.

When David and I went to Key West for our anniversary, in April, we visited a spice shop called The Spice & Tea Exchange. The store was full of spices, herbs, teas and much more. It was like heaven for the foodie at heart. While there, the store clerk let us smell some of the spices and encouraged us to try some new things. One of David’s favorite spices is cinnamon. He had to have some of the Vietnamese Cinnamon.

Oh my! I think we have been using sawdust before now… Vietnamese cinnamon smells like “red hots” candy. Very spicy and almost addictive.

I decided to try out some of this cinnamon on a recipe I came across in the many magazines my mama gives me. Besides, I needed to redeem myself from the disaster I had last time I tried homemade cinnamon rolls.

This recipe was fool-proof and I could not believe how easy these cinnamon rolls were to make.

The homemade cinnamon rolls were gone by the next morning. I think our grandson Seth must have eaten at least 3 cinnamon rolls on the first day. I guess he approved of this recipe!

Thanks to this great recipe, I think I have redeemed myself from being called the YEAST KILLER!

Instead of using a sugar glaze you could also use caramel sauce. Get a delicious recipe for Caramel Sauce HERE! Recipe adapted from Family Circle Magazine.