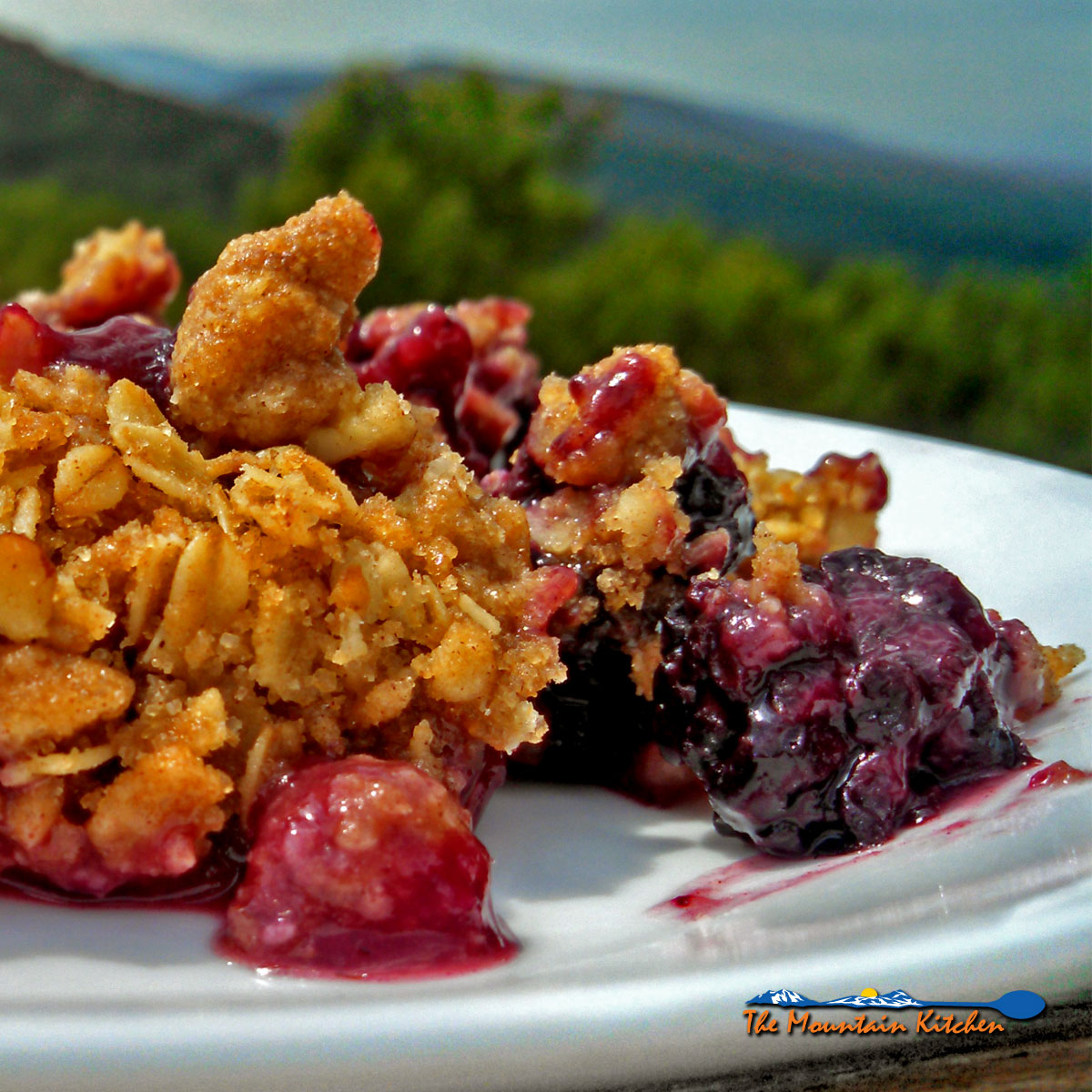 David bought some blackberries from the farmers’ market this past weekend. He decided he was going to make blackberry crisp. You know David, he doesn’t have a tooth in his head that isn’t a sweet tooth.

I don’t, but David loves blackberries. It’s totally a mouthfeel kind of thing for me. I don’t like gnawing on all those little seeds that don’t seem to go away. He thinks I’m crazy and you will probably side with him on this one and end up making this recipe.

According to David, this blackberry crisp is tart and tangy, topped with rolled oats, brown sugar, pecans, with the warmth of cinnamon, nutmeg, and ginger.

This isn’t the only crisp that David makes. He also loves apple crisp and bakes that in the fall when the mountain apples are coming off.

We hope you enjoy this blackberry crisp! 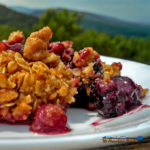